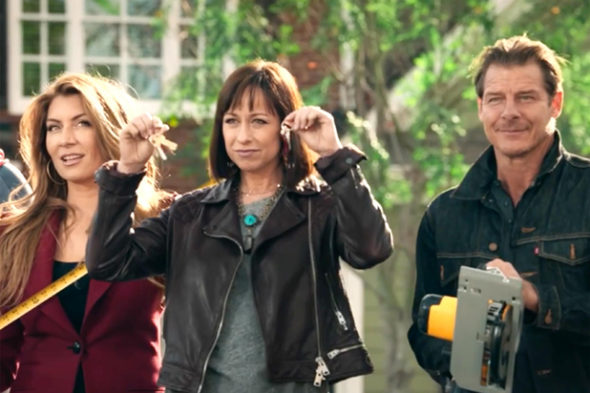 (Los Angeles, CA) Find your smocks and grab your toolboxes DIY fans! After a successful return season, TRADING SPACES has started production on new episodes that will air in 2019.

TRADING SPACES was the first home makeover series of its kind and launched a generation of shows to follow in the television home design genre. Two sets of neighbors trade rooms for two days and, with the help of a designer and carpenter, makeover a room with a budget of $2000.

The TLC GO Original Series Trading Spaces: Training Spaces will also return in 2019. This season, new designers will learn from and compete for the chance to be a design assistant for designer Frank Bielec. Binge the first season now on TLC.com/TrainingSpaces.

Join the conversation on social media by using the hashtag #TradingSpaces, ‘Like’ the Trading Spaces Facebook page, and watch more video onTLC.com/TradingSpaces.

What do you think? Have you seen the Trading Spaces revival? Will you watch season 10?

I was so excited when Trading Spaces came back! And, can’t wait till it returns in 2019!

Bring back that hottie Alex who hosted the first season.

Love trading spaces why aren’t we watching the retuns till it start back!!!