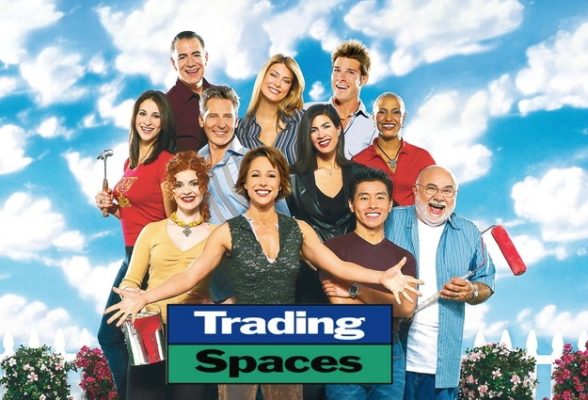 Trading Spaces is coming back soon. Recently, TLC announced the series revival will debut in April.

TRADING SPACES, the television home design series that launched a TV genre will return to America’s living rooms with a special reunion on Saturday, April 7th beginning at 8:00p.m. ET/PT, followed by the series return at 9:00p.m. ET/PT. The announcement was made today at the Television Critics Association tour in Pasadena, CA.

The ninth season premiere will kick off with a one-hour reunion special, reuniting the cast for the first time since the show went off the air in 2008. There will be special guest appearances and surprises, in addition to a look back at some of the greatest moments from the series and a lively discussion on the impact the show had both on them as a cast and the television home renovation arena. Part two of TRADING SPACES REUNION will air on April 14th at 8:00p.m. ET/PT.

Following the reunion, the TRADING SPACES season premiere will feature legacy designers Doug Wilson and Hildi Santo-Tomas, re-designing two rooms for sisters who also happen to be neighbors in Southern California with the help of carpenters Ty Pennington and Carter Oosterhouse. In each of the following episodes, there will be more surprises along the way and special guest designers including Carter and Ty designing with the assistance of our new carpenters Brett Tutor and Joanie Sprague. Returning legacy designers are Frank Bielec, Genevieve Gorder, Hildi Santo-Tomas, Laurie Smith and Vern Yip; new designers this season are John Gidding, Kahi Lee and Sabrina Soto. Paige Davis returns as the series’ host.

What do you think? Are you a fan of Trading Spaces? Will you watch the series revival?

Oh NO!!! Furniture on the ceiling???? Day it ain’t so.
Like watching a train wreck.

Soooo excited to have the gang back!!!! Loved this show and will be tuning in as will my friends and family!!!! Woohoo!!!!