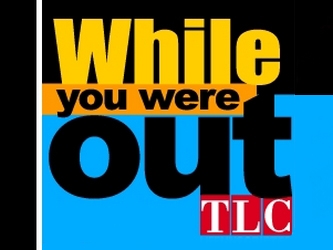 While You Were Out is back! TLC just announced a revamped version of the TV show will debut in March.

Hosted by Ananda Lewis, the renovation series follows a set of designers and carpenters as they “design one room in neighboring houses after the home owner sends their significant other on a weekend getaway.”

The While You Were Out revival debuts on both TLC and HGTV on March 16th at 9 p.m. ET/PT.

WHILE YOU WERE OUT,” TLC’S RELAUNCHED HOME DESIGN SERIES AND FIRST CO-PRODUCTION WITH HGTV, PREMIERES SATURDAY, MARCH 16 AT 9:00 P.M. ET/PT ON TLC AND HGTV

Saturday nights on TLC just got more colorful with the network adding more design flavor to its primetime lineup. WHILE YOU WERE OUT, the revamped home design series will premiere on Saturday, March 16 at 9:00 p.m. ET/PT, immediately following the season ten premiere of TRADING SPACES. As the first series co-production between TLC and HGTV, WHILE YOU WERE OUT will premiere simultaneously on both networks with each network brand lending its special flair to the series.

Hosted by Ananda Lewis, WHILE YOU WERE OUT features an all-star cast comprised of designers from both TLC and HGTV. With a budget of $10,000 per room, each set of designers and carpenters will design one room in neighboring houses after the home owner sends their significant other on a weekend getaway. The ultimate surprise reveal culminates each episode upon their return. One home will include TLC designers and the other, HGTV designers.

WHILE YOU WERE OUT IS PRODUCED BY Half Yard Productions, a Red Arrow Studios company, for TLC.

What do you think? Have you seen While You Were Out? Will you watch the revival?

I m international Professional Real Estate, here in Florida and in Other Countries. I will like to give an idea for a program they can attract to many audiences for many interesting families around the world, for the same reason of the topic a mission of the program. I would like to talk with the producers they maybe are interested in participating in this journey. I came for great generations of the family of tv actors in South America and is in my blood to create events and entertainment activities, funny and productivities where the public is part of the… Read more »

I never see you do anything for old disable people. they need the help the most.

Love the show would love to be on it

Watching Georgia Bulldogs episode , not a regular viewer of the show but am so offended by this woman Hildi, you need to fire this woman from the show, I was moved enough to look this show up and find a place to leave this comment… Her actions and comments are so far beyond offensive, compromise and making the client happy doesn’t seem to be in her MO… And letting the client know that it’s her way or the client can do it herself? Unbelievable on a television show….

Like the show it’s well done except for you have one designer that I wouldn’t open my door to and that is that Hildy. She really needs to Renee and her design it’s way too far out you can see these homes of these people live in and what they like and what they don’t like regardless of what your artistic aesthetics are I’m an artist myself and there are things I do not like and things I like but not everybody has the same taste as you learn to MoveOn dear I don’t watch when you’re on

I enjoyed the new show of While You Were Out. How do you become a contestant for the show. My daughter is in need of a makeover in her bedroom and greatroom. She has purchased furniture but loses motivation when putting it together.

I have never seen tlc or hgtv before in my life until Ananda Lewis mentioned those networks on tweeter a few months ago!! I gotta say I have fallen in love with most home inprovement shows of both networks and I’m definitely not missing an episode of while you were out!!!