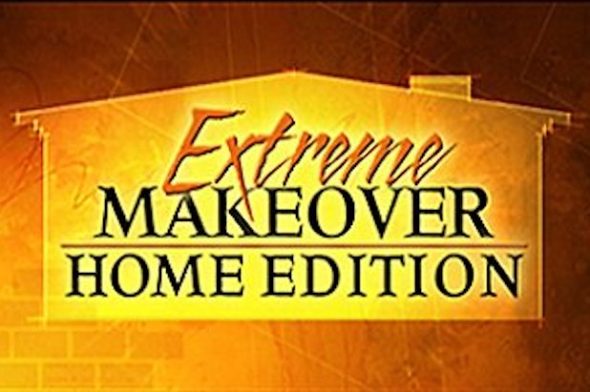 HGTV is bringing back a TV classic. Today, the network announced they are reviving the cancelled ABC TV show Extreme Makeover: Home Edition.

Hosted by Ty Pennington, the original series followed a team of builders and designers as they overhaul the home of a family in need. The show ran on ABC for nine seasons before being cancelled in 2012.

Now, HGTV is bringing Extreme Makeover: Home Edition back. The network has ordered 10 episodes, which are set to debut in early 2020.

New York [Jan. 15, 2019] Television’s highest-rated home renovation series of all time – Extreme Makeover: Home Edition – is coming to HGTV, with the network planning to produce 10 fresh episodes. While it has not yet revealed the cast for the new episodes, HGTV will showcase its own superstar experts in the weekly race to complete a custom, whole home renovation for one deserving family. The new episodes are expected to premiere in early 2020. HGTV also secured the rights to air 100 existing episodes of the original series that ran on The ABC Television Network for nine successful seasons from 2003-2012. At its peak during the 2004/05 season, Extreme Makeover: Home Edition averaged nearly 16 million viewers on Sunday nights.

“This is a big win for HGTV and we can’t wait to put our stamp on it,” said Kathleen Finch, chief lifestyle brands officer, Discovery Inc., the parent company of HGTV. “Extreme Makeover: Home Edition was must-see viewing for years because it combined moving stories of families and communities with life-changing home renovations. It’s the type of program that taps into every emotion and it’s the reason it was so popular with everyone in America.”

Extreme Makeover: Home Edition will be available on demand across all authenticated platforms and on the HGTV app.

What do you think? Were you a fan of Extreme Makeover: Home Edition? Will you watch HGTV’s revival?

I really need help at my home since being diagnosed in 2019 with stage 3 breast cancer. I haven’t been able to do anything and could use some help, desperately. Everything is falling apart around me. Please help because I don’t know what to do.

I swear I don’t understand HG TV when they put on shows with people on that don’t have any design sense at all -Home Town , Good Bones, Stay and Sell, Bargain Mansion Why are these shows on ?????? So darn bad . I want to see a beautiful designed home ok yes like Fixer upper- they know what they are doing! Why do you think Fixer Upper was so popular it’s because they knew what they were doing and they’re end product was beautiful not like these other shows Please,please listen to the public Have you ever watched any… Read more »