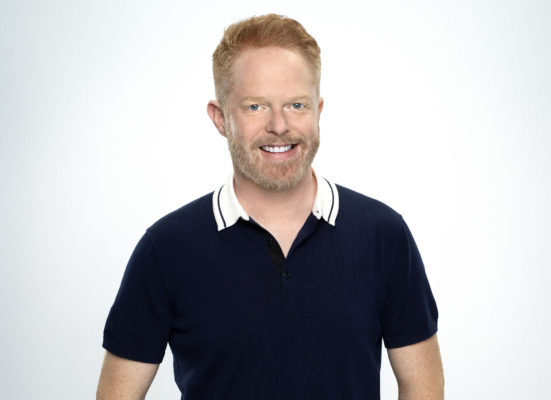 Modern Family is coming to an end next season but Jesse Tyler Ferguson isn’t slowing down. The actor has been hired to host the revival of Extreme Makeover: Home Edition which will air on HGTV. The home renovation series previously ran for 10 seasons on ABC, from 2003 until 2012.

New York [June 19, 2019] HGTV’s spin on 10 new episodes of Extreme Makeover: Home Edition will come with a “modern” twist: Jesse Tyler Ferguson, known for his Emmy(R)-nominated role on the ABC sitcom Modern Family, has signed on as host and will take over the bullhorn to mobilize community volunteers and inspire the build/design teams for each mind-blowing renovation. Jesse, a four-time Screen Actors Guild Award(R) winner who has a cameo in Taylor Swift’s newest music video “You Need to Calm Down,” will bring his signature optimism, humor, energy and giving spirit to surprise families with whole-home renovations. Produced by Endemol Shine North America, Extreme Makeover: Home Edition – television’s highest-rated home renovation series of all time – will air on HGTV in 2020.

“I was so inspired by the original series and now I can’t wait to help families as the new host of Extreme Makeover: Home Edition,” said Jesse.

Each episode of the series spotlights local heroes and those who give back to their communities despite personal challenges. The home overhauls will include interior, exterior and landscaping – all completed within seven days while the family is sent away for the week. The series will showcase builders, designers and landscapers who race against the clock to completely renovate each home before the family returns from their time away.

“Jesse’s participation as host of “Extreme Makeover: Home Edition is one of the ways that HGTV will put its own creative lens on the series,” said Jane Latman, who assumed her position as president, HGTV, in April. “We’ll make some variations to creative aspects of the show, but it will always deliver the great storytelling that made it one of the most iconic and successful properties in television. Jesse’s a funny guy, with a warm, caring nature who will help us find the humor and joy in every situation, so that will make this a unique viewing experience for everyone.”

Extreme Makeover: Home Edition originally aired on ABC for nine successful seasons from 2003-2012. At its peak during the 2004/05 season, the series averaged nearly 16 million viewers on Sunday nights. The HGTV episodes will be available on demand across all platforms and on the HGTV app.

ABOUT HGTV
HGTV delivers the superstar experts, fascinating families, compelling renovations and stunning transformations that make all things home fun. America’s favorite way to get entertaining, relatable and inspirational home and lifestyle content, HGTV offers: a top 10 cable network that is distributed to more than 88 million U.S. households; a website, HGTV.com, that attracts an average of 10.8 million people each month; a social footprint of 20.6 million; HGTV Magazine, a monthly publication that reaches more than one million readers and exclusive collections of home-oriented products through the HGTV HOME(TM) consumer products line. Viewers can become fans of HGTV and interact with other home improvement enthusiasts through Facebook, Twitter, Pinterest and Instagram. HGTV is owned by Discovery, Inc., a global leader in real life entertainment spanning 220 countries and territories, whose portfolio also includes Discovery Channel, Food Network, TLC, Investigation Discovery, and OWN: Oprah Winfrey Network.

What do you think? Have you enjoyed the Extreme Makeover: Home Edition series in the past? Will you be watching the new version on HGTV?

They need to bring back Ty Pennington as the host. He was the best!

Poor choice for the host!