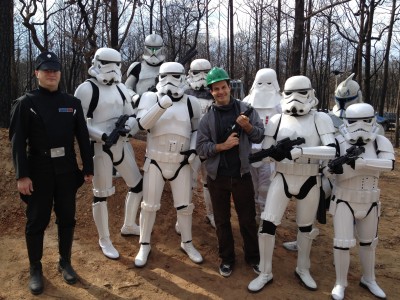 Tonight, ABC airs the newest installment of Extreme Makeover: Home Edition. The show was cancelled late last year but ABC brought it back for four special two-hour episodes. Should they bring it back as a regular TV series, make more occasional specials, or let it stay cancelled?

As you may remember, ABC ended Extreme Makeover: Home Edition after 200 episodes of “Move that bus!” and helping families in need. The show had declined a great deal in the ratings and the final season ended up averaging a 1.5 rating in the 18-49 demographic with 5.77 million viewers. That’s a far cry from the show’s first season, when it was averaging a 4.3 in the demo and 10.81 million viewers each week.

ABC may have been hoping that, by taking the show off the air for a year, audiences would be ready to watch new episodes this holiday season. That hasn’t been the case.

With a lead-in from the final performance episode of Dancing with the Stars on November 26th, Home Edition attracted just a 1.2 rating in the demo with 5.92 million viewers.

Then, without the benefit of a lead-in, last weeks’ two-hour episode drew a 0.9 in the demo and 4.42 million viewers.

These are the worst numbers that Home Edition has ever generated — even worse than when the show was airing on Friday nights at the end of its run.

Clearly, there’s no reason for ABC to make any more episodes of the show from a ratings standpoint. They could try bringing it back in a few years but clearly the audience isn’t seeing these new installments as “special.”

But, what do you think? Would you like to see the show return as a regular weekly series, annual specials, or should it stay completely cancelled?

I would love to see this show return.i was an avid fan and it helped out people in need. the actual did a house anout 45 minutes from me and i went for the reveal. it was amazing. definitely one of the best reality shows ever.

show should remain a regular weekly series.but should be smaller homes that fit the peoples income they over did it on some.looked great but then taxes way to much for bigger homes and to heat those big houses. they did good helping those people and explaining to audiance of what different disabilites go thru.
they should bring it back with some changes.

I think the show should come back as a weekly regular show. I felt the show did a lot more good than harm.I first watched it and i was hooked it was grate to see Family`s get a new home when there old one was no good for them i my self live in the United Kingdom and i never mist a show . so ABC bring it back .

I think the show should come back as a weekly regular show. I felt the show did a lot more good than harm. It would be so uplifting to see all the good it would do for our communities and our people. And if not ,then at least try to bring back something similar to this miracle-making show.

I would love to see it come back say as a 1 x a year special charity event. It would be good to try other channels and broadcast companies. We have a family of 4 and we all have progressive neuromuscular disabilities. We would love to rehab the house and make it accessible and open things up better. Our youngest is being moved to private school because the public school system only sees the disability and they have no expectations of him. He is incredibly bright. Our oldest has autism. He is going to college part time but it’s not… Read more »

I think the show should remain a regular weekly series, it should also air on other channels for international viewers that don’t have the abc channel on their cable TV. I believe the poor viewer ratings means the show needs a makeover of its own or Americans aren’t watching, doesn’t mean the rest of the world isn’t. A younger team with fresh ideas, grander home designs like the ones from the shows early years. they could have international teams and take the show abroad. the bigger the better. This was a good show I bet many are willing to invest… Read more »

I think they should bring it back as a regular series. This show beats a lot of the garbage that they put on tv these days and it’s a show about helping those that 1) help others and 2) don’t really have the means to help themselves

Hello, I am a mother of 4 adult children, two boys, 2 girls. My 2 girls have special needs. My youngest daughter is 20 years old and non-verbal severely autistic with many other health issues. It takes at least two people to take care of my daughter 24/7. My daughter with autism attacks us to scratch us, she throws her feces at us and she breaks every thing of glass in our house, including every light bulb. The mental health clinic has her on so many meds and my daughter is showing some scary side effects. These meds are not… Read more »

And this helps bring back the show how? Looks like all you’re doing is begging and this doesn’t do anything for bringing back one of the best shows ever.