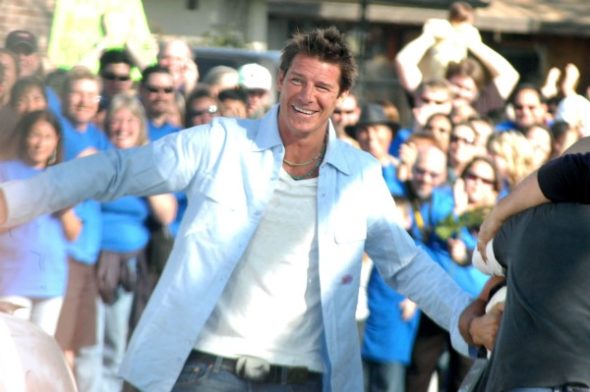 The reality series followed a team of builders and designers as they overhaul the home of a family in need. The show ran for nine seasons before ending in 2012.

In the interview, Pennington said he doesn’t understand the backlash against Extreme Makeover: Home Edition, with some people saying the ABC series left families in debt:

On ‘Extreme Makeover Home Edition,’ we did absolutely phenomenal things. And honestly I don’t know if there will ever be a show quite like that — that on network television, there’s a show that actually benefits a family. On television, that’s just unheard of. Let’s face it, it’s about ratings, it’s about ad sales — it’s about all those sorts of things.

Not only do we build a brand new house, we usually paid off the college tuition for their children — basically left them without any debt whatsoever. But yes, the property tax probably went up a little because the value of the house went up.”

There’s a couple of stories that families lost their home. We left them with a financial adviser. However, if the family chooses to triple-mortgage their house to start a business that they’ve never done before just to see if they can get into it, that’s their own demise. That’s how you lose your home, is you’re like, ‘Oh, let’s use it as a lottery ticket and see what we can get out of it. And then you lose it because you can’t make the payment.”

What do you think? Did you watch Extreme Makeover: Home Edition? Would you watch a reboot?

I would absolutely watch this shows reboot. Even reruns on HGTV.

I always looked forward to watching this show .This show helped a lot a people out. This show brought happiness to families in need and to the people watching.I wish I could of been a part of it. I really would like the show to come back.

I absolutely watched the show it was a good show and I enjoyed every minute. Why ABC cancel it I don’t know they obviously did not consider those who love the show. I would like to see it come back

I absolutely loved this show and looked forward to it each week. With all the meanness in the world, this show was a small breath of fresh air, a reason to hope that there was still some goodness left in the world. I agree with Ty, people have to exercise financial responsibility. If they don’t then they can expect to have problems. I would LOVE to see a reboot of the show, but only if Ty and his crew got back together and hosted it! Anyone else trying to host the show simply could not be as good as the… Read more »

I agree with you Catherine I have been with my fiance for 5 years and i am the sole provider for us and our three children. She had just found out by her doctor she has 9 months to a year to live she has a Tumor in her Assophagus that cant be opperated on and will continue to spread to her lungs which will be what kills her im 25 years old and she’s only 26 if the doctors are right she’ll be dead by the time im i turn 26. I recall watching the show and watching so… Read more »

I agree That was a great show and I would be so grateful if my home was picked. Ty did a great job hosting that show and the crew. I wish it would come back. I would love to be a candidate for the show. NW

Absolutely loved this show, what it did to help families in need, was amazing, I agree w/Ty if people were stupid enough to mortgage it to the hilt that’s there problem, they should have been so grateful. It’s hard to believe how ungrateful people can be..