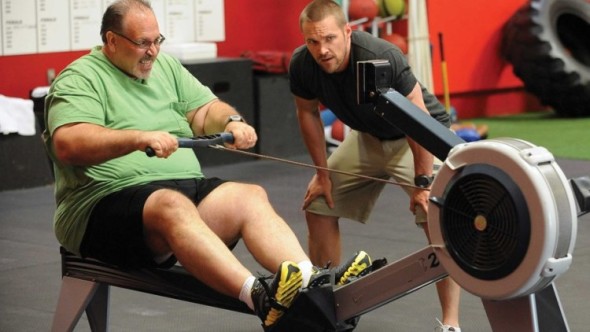 Though ABC has not officially cancelled the weight-loss program, a new season of Extreme Weight Loss has not aired since 2015. The series followed trainers Heidi and Chris Powell as they worked together to help very obese people change the way they live and lose massive amounts of weight over a year.

Watch the full interview with Chris and Heidi Powell below:

What do you think? Are you a fan of Extreme Weight Loss? Do you think ABC should renew the series for another season?

Bring it back and sign me up!! I’m currently struggling and would love to do the show as well as watch. I’ve always enjoyed seeing others overcome this issue too.

I loved Extreme Weight Loss! It was very realistic and positive. I wish Chris and Heidi would continue for many more seasons!

Renew renew renew please they help so many people!

Yes, please bring it back! It’s an amazing tool for people and very motivating!

Please bring back ‘Extreme Weight loss’!! I love that show, it is so motivational and inspiring, so many of really need Chris and Heidi to help us with our struggles. They are so genuine and caring, I miss them so much, and now the repeats aren’t even available to watch now. Can’t wait to get their new book ‘Extreme Transformation’, please bring them back!!

Please bring this show back, we could really use some inspiration. Chris has genuine interest in people.

I liked the show personally and feel it should be brought back.i weighted 424lbs almost 2 years ago and I’m now 210lbs.i did it on my own but it wasn’t easy.the show reminds me of where i used to be and shows u can do whatever u put ur mind to.very inspirational…thinking about looking into doctors to have all this extra skin i have since losing the weight removed.overall love the show and what it does.

I hope that extreme weight loss come back. It was extremely motivating and helpful to my life. I started my weight loss journey at 378 watching the show. I currently weigh 275 lbs my knees are now bad and I have reached a plateau. My dream is to be on the show. It seems my gym is out of answer for the remaining 100 pounds I needed to lose. Please bring the show back on!

Please bring it back. It was a great way to motivate myself and my wife to lose the weight.

My daughter had a stroke at 27 and brain surgery. She is having a hard time losing her weight and to get her self esteem up. Please bring it back and choose her