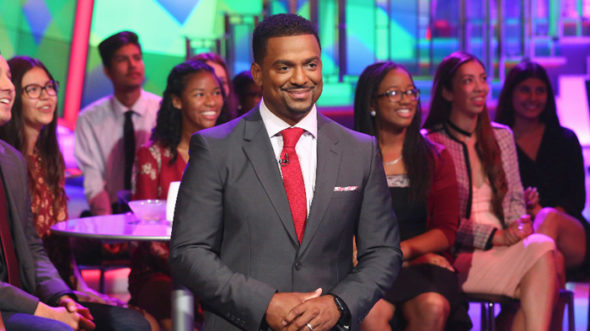 Hosted by Alfonso Ribeiro, the long-running variety show features funny, homemade videos submitted by viewers. The series is currently in its 28th season.

America’s Funniest Home Videos has certainly dropped in the ratings since it debuted in 1990, but it’s still a staple for ABC. So far, season 28 is averaging a 1.00 rating in the 18-49 demo and 4.977 million viewers. Not bad for a nearly 30-year-old show.

“AFV” offers a weekly $10,000 first place prize to the funniest or most unique video as voted upon by the in-studio audience. Those prize winners then move on to the next competition round where they vie for a $100,000 prize. At the end of the season, the $100,000 prize winners compete for a grand prize vacation package. In its 28 seasons to date, “AFV” has given away over $15 million in prize money and evaluated nearly 2 million videotapes from home viewers.

“AFV” has become an iconic part of American pop culture, as evidenced by its inclusion in the Smithsonian’s permanent entertainment collection. Today, “AFV” is syndicated in over 103 territories around the world, spreading American humor and clumsiness across the globe!

Vin Di Bona is executive producer, along with Michele Nasraway.”

What do you think? Do you watch America’s Funniest Home Videos? Are you glad it’s been renewed?

AFV is my favorite to watch. I love to laugh and it supply’s me with that every time. Thank you for being there.

Love watching AFV! Want to enter my kitty video, haven’t seen one like it!