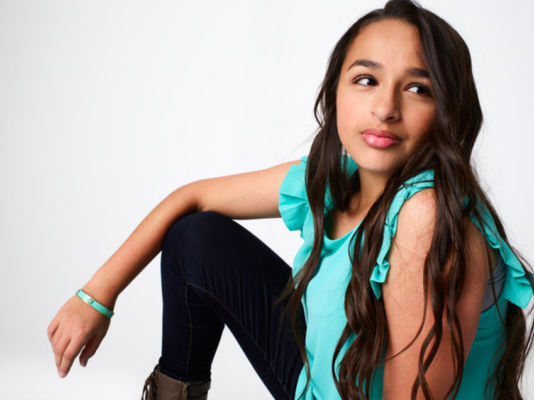 I Am Jazz is back just in time for the new year. This week, TLC announced the TV show’s fifth season will premiere in January.

The docuseries centers on Jazz Jennings, a transgender teen, as she negotiates school and friendships as well as family issues and medical decisions.

Season five of I Am Jazz premieres on TLC on January 1st at 10 p.m. ET/PT.

(New York, NY) – Transgender teen advocate Jazz Jennings opens up about her most intimate journey yet in the fifth season of TLC’s groundbreaking series I AM JAZZ, which returns on Tuesday, January 1 in a special timeslot at 10/9c. The show will move to its normal timeslot beginning Tuesday, January 22 at 9/8c.

Twelve years ago, at the age of five, Jazz started her transition to becoming the girl that she has always been, and she dreamed that one day her inner and outer self would be in alignment. This season, that dream becomes a reality and viewers are there every step of the way as Jazz prepares for and experiences the biggest, most personal event of her life – gender confirmation surgery. Throughout the season, fans witness other major milestones, including Jazz attending her first prom and celebrating her 18th birthday, while continuing to navigate life’s ups and downs alongside her close-knit and supportive family.

When she’s not filming, Jazz devotes much of her time advocating for LGBTQ rights, sharing her story with people across the country in an effort to educate and inspire others. She has accumulated many prestigious awards and honors throughout her lifetime, including TIME Magazine’s Most Influential Teens (2014 and 2015), The Advocate magazine’s “Top Forty Under 40” annual list, OUT Magazine’s Top 100 list, Teen Vogue’s “21 under 21” list, HRC’s Upstander Award for 2017 and the 2015 Trevor Youth Courage Award to name a few.

In 2016, “I Am Jazz” won a GLAAD Award for Outstanding Reality Program and Jazz served as the 2016 Grand Marshal in the New York City Pride March, making her the youngest person to serve as Grand Marshal in the history of the march. Along with Jessica Herthel, Jazz co-wrote the children’s picture book “I Am Jazz” and she authored her memoir, “Being Jazz: My Life as a (Transgender) Teen.” Jazz and her parents also founded the Transkids Purple Rainbow Foundation, a nonprofit devoted to support transgender youth and their families.

I AM JAZZ is produced by This is Just a Test for TLC.”

What do you think? Have you seen I Am Jazz? Will you watch the new season?