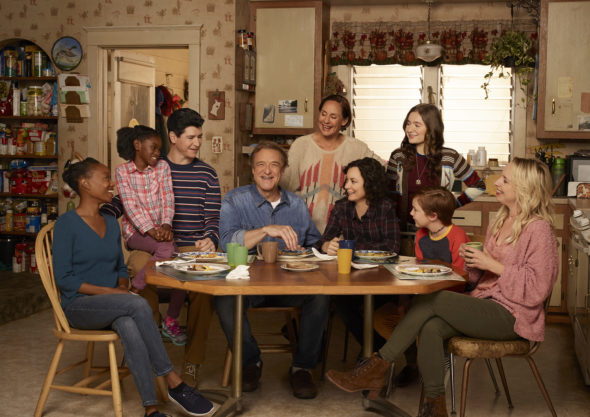 Keep it!! It’s funny and topical!

Please keep The Conners. Very funny. Gets better with each episode.

I like “Roseanne”, aka, “The Conners”, better without Roseanne. I hope ABC continues it.

We really enjoy the show, but wish there were more shows, not on enough, the only thing i would like to see is Darlene lighten up a bit, But other wise please keep this show going.

I think they should keep making the connors, I also think there should be more than 10 shows a season. That’s crazy

Love this show. Of course we miss Roseanne. But its the same show i grew up watching. Can’t get enough!

It should be kept on. Laura Metcalfe is awesome and as funny as I always remembered. Had a crush on her when I was young and she’s still hot. It’s cool seeing all the family together even though Roseanne died. I love Roseanne and watched her on Joe Rogan’s podcast. I never honestly thought she has a mean bone in her body, she’s just like she was back in the eighties with her outspokenness and stirring the pot. She is not a bad person it’s just the media can make anyone out to be a villain. Remember when she grabbed… Read more »

Love this show. Please keep it on. So funny

This show is great! As a 45 year old I was a big fan of Roseanne. The Conners is one of the best spin offs and hope it Runs 5-9 seasons!!!

Did not think The Conners was funny during its first season and most definitely not after second season. Sorry. NOT FUNNY WITHOUT ROSANNE. Period. Should be cancelled.

The new show is light years ahead of the old shows.

Much to my surprise I ended up enjoying “The Conners”.. which was a surprise to me as I truly did not envision it being a success without it’s creator/star Roseanne. Kudos to all parties involved.. you made a believer out of me. That being said I would not get to giddy with success just yet by attempting to outright replace Roseanne with Katey Sagal. I enjoy Kateys appearances occasionally.. (keyword : occasionally) .. however to bring her on full time as some sort of love interest for Dan Conner is another matter entirely. That would be just plain wrong on… Read more »