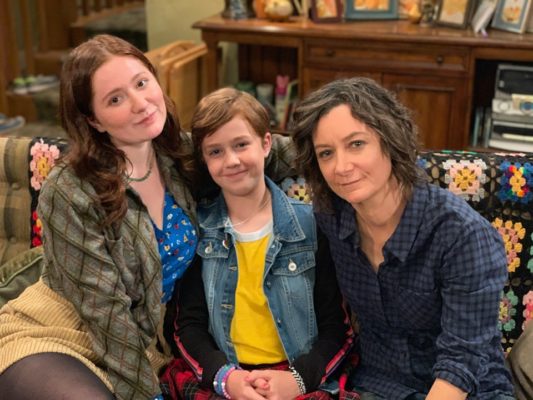 Is the family sticking together in the second season of The Conners TV show on ABC? As we all know, the Nielsen ratings typically play a big role in determining whether a TV show like The Conners is cancelled or renewed for season three. Unfortunately, most of us do not live in Nielsen households. Because many viewers feel frustration when their viewing habits and opinions aren’t considered, we’d like to offer you the chance to rate all of The Conners season two episodes here. *Status update below.

What do you think? Which season two episodes of The Conners TV series do you rate as wonderful, terrible, or somewhere between? Should ABC cancel or renew The Conners for a third season? Don’t forget to vote, and share your thoughts, below.

I love the conners! I can’t wait for season 3 to start, my boyfriend likes it too. I’ve seen every episode of Roseann a million times and I was impressed with how well the Conners are doing, in my opinion- without Roseanne. One of my favorite shows

I love watching this. Still wish Roseanne was on it though. Can’t we just say it was a dream & Roseanne didn’t really die & her come back on there.

The show should be canceled

I watched every episode of Roseanne and continued the re runs. However, when Roseanne was terminated I decided to never watch a hypocritical program. Bring Roseanne back and you will have over 60 million viewers.

Liked episodes 3 & 9 and YES it should be renewed.

Keep the show on love them Connors

I am *STILL* so very annoyed that ‘Roseanne’ was cancelled. I was extremely excited when it returned and watched faithfully… AND IT WAS GREAT!!! This spinoff is TERRIBLE. It has it’s moments, but it will NEVER be as good as ‘Roseanne’.

I disagree, but that’s why God made brown shoes and black shoes.
This show is, as Roseanne was, funny. People are so hell-bent on being politically correct nowadays, their is no forgiveness in the world today.
Please keep it on!!

Funny! Watch every episode,keep it on!