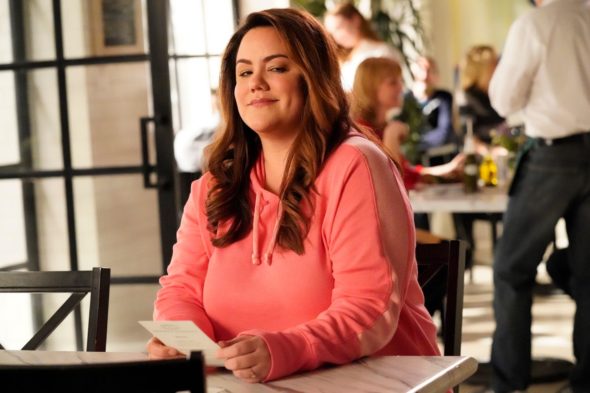 The fourth season of American Housewife is averaging a 0.59 rating in the 18-49 demographic and 3.23 million viewers. Compared to season three, that’s down by 36% and 22%, respectively.

American Housewife aired most of its fourth season on Friday nights before moving back to Wednesdays (where it aired its first two seasons). Compared to other ABC TV shows, Housewife is a lower-tier but consistent performer in the ratings.

What do you think? Are you a fan of American Housewife on ABC? Will you watch season five of this comedy series?

One of the all time, best ever, half hour sitcoms.

We love this show! So glad to hear it is still on for atleast one more season? Can’t wait to get this series on dvd for my granddaughters.

I will absolutely keep watching the show. Love it!!

i love this show and will watch

I will continue to watch it. I wish the time and day of the week was more consistent. It is much too easy to miss.

Yes, I will definitely watch it.

Yes! Renew American Housewife!! It’s great for the whole family to watch together!!

Why is does it take ABC so long to make decisions, you want people to watch your shows, but you either cancel great shows or you play around so long that people lose interest in the shows