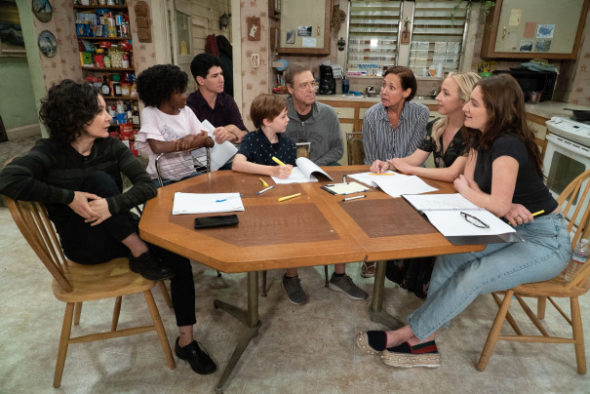 Meet The Conners. ABC has just released a new photo (see above) and teaser for their upcoming Roseanne spin-off series.

What do you think? Are you a Roseanne fan? Will you watch The Conners?

I will not watch the connor’s .without Roseanne it will suck

I enjoyed the old show and I will love watching and supporting the Connors. Roseanne will have to watch from the bench.

I can see noting wrong in this show. Roseanne was sacked for what she said but she has a history of social media rants so she is no innocent victim here. Until people realise she was following her beloved leader then the sooner they will wake up and understand what has happened and why ABC wanted to carry on without her.

Are they under contract or something? They came back to do a show called ‘Rosanne’, starring a person named ‘Rosanne’. Just walk away.

Thanks for letting me know what not to watch. #Boycott

I agree. I will not watch it. Roseanne created these characters. It’s her show. People have said worse things than she did with no consequences.