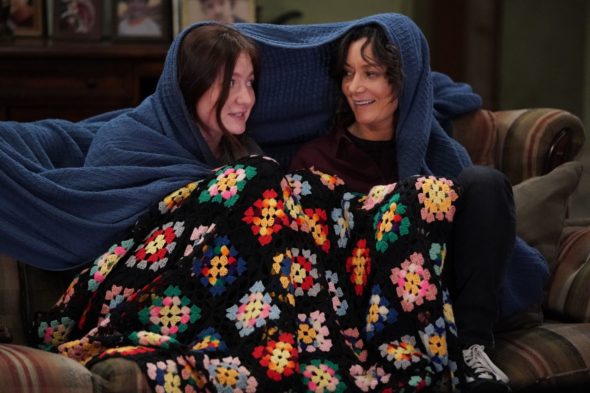 ABC is keeping this Lanford family together. The network just announced they’ve renewed The Conners for a third season for the 2020-21 broadcast season.

The second season of The Conners averaged a 1.07 rating in the 18-49 demographic and 5.78 million viewers. Compared to season one, that’s down by 32% and 22%, respectively. However, despite the ratings dip, The Conners is ABC‘s second-highest-rated scripted series for the 2019-20 season in the key demo.

What do you think? Do you watch The Conners TV series? Will you watch season three of this family sitcom on ABC?

I watched two shows, however, the show is not the same without Roseanne. I really wish she was back, she was so funny and I couldn’t wait to see it.. It’s just not the same..

“The Conners” is a great show. We hope ABC-TV keeps it on the air. It is unique, funny, and shows how hard a lot of people have to work to make it today. Thanks for your time.

I love this show!!! The funniest thing in TV! The whole cast is awesome. I miss Roseanne though. Still freaking funny! What hapoened to Jackie’s son? What happened to Roseanne and Dan’s son?

I know they did stray from the plot like she imagine the whole lottery thing which was a weird finale like 30 years ago I was 20 something years ago but everything kind of changed and they just said it I wonder what happened to their supposed kid I think it to explain she dreamed all of that at the end of the 1997 finale but I enjoy the reboot a lot to get new characters in my Jackie Darlene, DJ and oh yeah Becky’s looking better than ever call me Becky I mean Lacey Goranson! grew up isn’t so… Read more »

I think it is good but miss Roseanne.

It is 300 times better without Roseanne.

I love it. I think it is great even without Roseanne.

Just not the same without Rosanne. Won’t make it past this next season.

I am so glad to hear it is renewed! The only show that I set my alarm to watch.