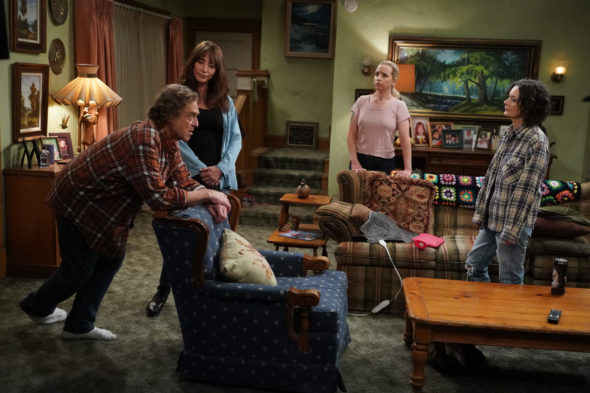 The Conners returns for season three later this week, and fans will not have to worry about Louise leaving Dan because of Katey Sagal’s new show. She’s to star in Rebel, which received a 10-episode order from ABC last month.

Sagal contacted The Conners showrunner Bruce Helford to make sure to keep her spot on the ABC series. He said the following, per TV Line:

“The first thing that Katey did [after Rebel was picked up] was send us an email saying, ‘Do not hire a new girlfriend for Dan — I am not abdicating my role. Rebel starts production in early November [so] it’s going to be tough for her because she’s going to be doing double production. So there will be some conflict. But we’ll work on Saturdays [if we need to]. We intend for Louise to be around all season.”

Helford also revealed that fans will be seeing a lot of Louise during the episodes to come. Her character will be quarantining with Dan and the rest of his family, so the Conner house will be very crowded.

What do you think? Are you glad that Katey Sagal is not leaving the ABC comedy? Do you plan to watch the return of The Conners later this week?

I’m so glad that Louise is not leaving Dan. I love her character.

Katy looks younger than she did in “Married” to me. Hopes she remains till the end. Glad the entire returning cast is complete.

I’m glad she will still b on the show. She has become a nice addition to the show fitting in perfectly

Please leave her on The Conners too, she adds a real different dinamics to the show and is perfect to play Dan’s love interest.

Hell Yesss I am glad that Katey Sagal isn’t leaving the Connor despite that she will be starring in her own ABC series.

I like Katy but it is early enough in the show if they needed to change Dan’s girlfriend. Do it now please not down the road where we all get use to Katy!

Love this show and glad it keeps being renewed! Love Katey Seagal!