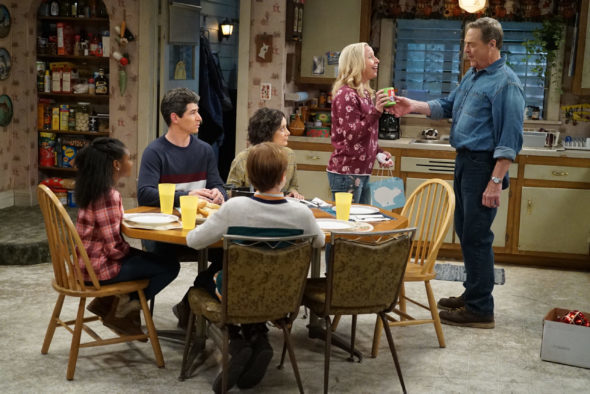 The Conners may be around another season. ABC and those involved with comedy are currently in talks for a third season renewal. This series is unlike others on the network. Since it began as a revival, the cast has year to year contracts, instead of the traditional six season deals other actors receive at the start of a series.

ABC Entertainment President Karey Burke spoke about the renewal talks at the TCA’s on Thursday. Deadline shared the following comments made by Burke:

“We are deep in conversations with the cast and the producers. We would be crazy not to renew The Conners. It performs incredibly well for us, it’s our second highest rated show, neck-and-neck with Modern Family. We expect it would be back for another season.”

The showrunner of the series is also confident the series will return for a third season. Bruce Helford said, “We always try and build the future, that’s why the show has been so great. We are always prepared to go another year. The Conners renewal decisions are unlike any other. Everyone gets together and says, ‘are we enjoying it, are we doing great work’. If the answer is yes, we all continue. So far, the signs point in a positive direction. Everyone is pretty happy, the atmosphere is really warm, it’s really nice, we do good work, we have the best actors in the whole world, and we love writing for them.”

As for the cast, Sara Gilbert said they are ‘hopeful.’ She both stars and executive produces the series. Gilbert, John Goodman, Laurie Metcalf and Lecy Goranson are all seeking pay raises to return for a third season.

There are big things ahead for the series, including a live episode during the New Hampshire primaries next month.

The Conners returns with brand new episodes on January 21.

What do you think? Are you a fan of The Conners? Do you want the series back for a third season?

I don’t care at all about the conners

I think you should keep the Conner’s! I really connect with this group. I also think Ms Barr should be written back into the show. I’m a Liberal at heart but Ms. Barr is exactly like my oldest sister. Will say things but her heart is golden. After all we are all only human.
Best to you all,
Martin C.

I love watching The Conners, and I definitely want it to get a Season 3 renewal for sure. I still miss Roseanne but the show is still great without her and all the cast are amazing. I hope it lasts a very long time. Great show.

Love the show waiting for next season

I just love The Conners! It’s so real and deals with everyday happenings. Please renew!!!

Yay. I’m happy they will still be on

Roseanne was waaay better!! This show makes me want to cancel cable

Yes!! Looking forward to another great season!! Used to be a fan but I really don’t miss Roseanne & feel they’ve moved on nicely without her!

Show is much better since America hater Roseanne is gone.

Lost interest, after 1st Season, Just not the same without Roseanne.

I agree Lori. Without Roseanne it’s a loser.