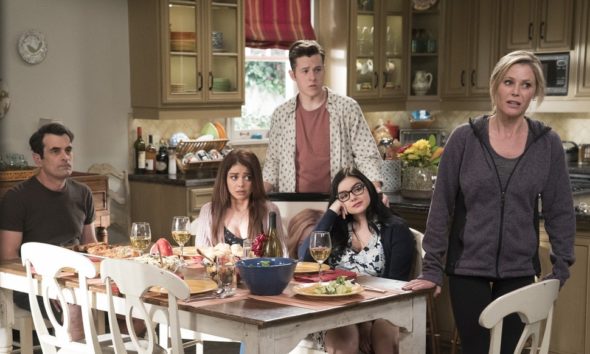 Modern Family returns for its 10th season this fall, but will there be more? Deadline reports ABC is in talks to renew the TV show for an 11th season.

During this summer’s TCA press conference, ABC boss Channing Dungey revealed the network does want an 11th season of Modern Family, but the cast is only contracted through season 10. That means the future of the show depends on them and the producing studio, 20th Century Fox:

“We have had some conversations with 20th (the studio that produces Modern Family). There are conversations ongoing. I think that there is a sense that we all would like to do one more season if we can find a way for a deal that makes sense. This current season is the last season that we have the cast, so if we are to do another season there are more deals to be made, and we are trying to work through all that.”

Season 10 of Modern Family premieres on ABC on September 26th at 9 p.m. ET/PT.

What do you think? Do you watch Modern Family? Do you want an 11th season?

I was hoping MF would run 11 years. Then Ed O’Neill would have played Jay the same length as Al Bundy.

In fact, I always felt that Jay Pritchett was what Al Bundy would have been had Al had success and money. 🙂