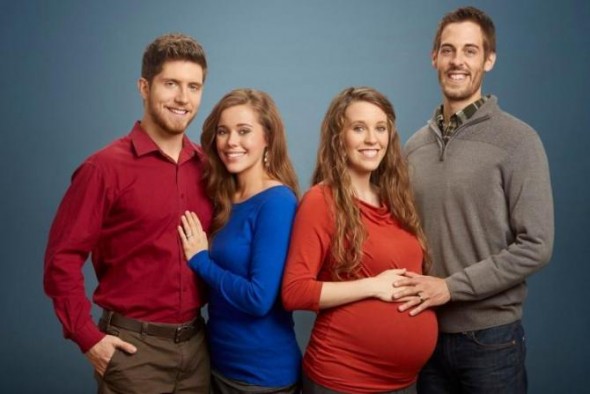 Counting On is coming back soon. Today, TLC announced new episodes of the TV series will air later this month.

A spin-off of 19 Kids and Counting, the reality show centers on the personal lives of the elder Duggar children — Jana, John-David, Jessa, Jill, Joe, Jinger, Josiah, Joy-Anna, Jedidiah, and Jeremiah.

New episodes of Counting On premiere on TLC on February 26th at 9 p.m. ET/PT.

(Silver Spring, MD) – TLC’s COUNTING ON returns on Monday, February 26 at 9/8c with many more huge milestones and announcements from the family that just keeps growing! In the upcoming episodes, fans will get an inside look as Joy and Austin share some very special news and Joe and Kendra plan their fairytale wedding.

The all-new episodes kick off with newlyweds Joy and Austin flying off to their romantic honeymoon in Switzerland! The happy couple will experience exciting, new activities such as hang gliding, skiing, and making chocolate. Back in Arkansas, Joe and Kendra start making arrangements for their big day! Anticipation and jitters are felt all around as the preparations come together. Meanwhile in Laredo, Jinger and Jeremy move out of their apartment and into their first house! It’s a family effort to get them all moved in and settled, as Jana and Jessa travel down to Texas to help them organize and decorate their new space. Then, once the honeymoon is over, Joy and Austin finally return home and settle into married life. Never a dull moment in Arkansas, however, as the couple has another big announcement to share with the whole family. With everyone growing up, there is always something new and exciting just around the corner!

Join the conversation on social media by using the hashtag #CountingOn, ‘Like’ the show on Facebook, and catch up on previous seasons by visiting TLC.com/CountingOn or downloading the TLC GO app.

What the Duggars conveniently omit from their tv show is that they endorse Focus on the Family and Family Research Council (Josh Duggar’s former employer), a subset group. The Southern Poverty Law Center classifies these organizations as hate or extremist groups for their anti-LGBT and “pro-family” agendas. The crazy thing is that Family Research Council fired Josh Duggar in 2015 over his Ashley Madison cheating account. Imagine that! A hate group firing someone over bad behavior! The Duggars’ extremist religious views are not the “brand” of Christianity that myself and family and friends support. Our Christianity embraces all individuals instead… Read more »

Counting On is a sad commentary spiritually and politically. This family harbors horrifying beliefs regarding anyone or any policy that they disagree with or are too ignorant to understand. The Duggars’ attitudes towards anyone gay or anyone from the LGBT community is anti-Christian, but they have the nerve and misperception to think that they hold wholesome beliefs. Christ would never turn is back on those who were different from him simply for who they are, much less call for the severe prosecution and punishment that the Duggars see fit. Jim Bob actually stated that such people should be put to… Read more »

I will watch the show at times, nothing absolutely great or awful about it. It’s a reality show! If I would have a favorite it would be Jinger and Jeremy Vuolo. I have watched many of Jeremy’s sermons at GCCLoredo on YouTube and find that he loves God’s Word. So if you have children in public school I think that would be a much bigger problem of dumbing down than watching “Counting On” Okay

And the dumbing down of a nation continues…sad.