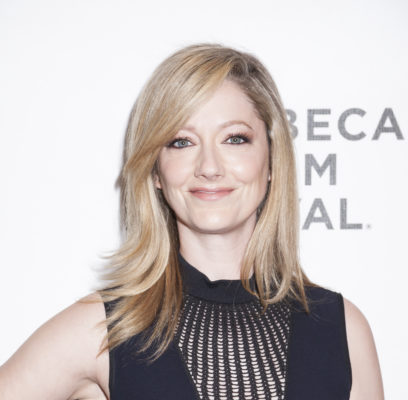 Judy Greer is headed to Showtime. Today, the network announced the Married star has joined their upcoming TV show, Kidding.

The comedy stars Jim Carrey as “Jeff, aka Mr. Pickles, an icon of children’s television, a beacon of kindness and wisdom to America’s impressionable young minds and the parents who grew up with him – who also anchors a multimillion-dollar branding empire.”

On Kidding, Greer will play Jeff’s estranged wife, Jill. Greer joins fellow co-stars Catherine Keener and Frank Langella. Showtime has ordered 10 episodes of Kidding. A premiere date has not yet been announced.

In KIDDING, Carrey plays Jeff, aka Mr. Pickles, an icon of children’s television, a beacon of kindness and wisdom to America’s impressionable young minds and the parents who grew up with him – who also anchors a multimillion-dollar branding empire. But when this beloved personality’s family – wife, two sons, sister and father – begins to implode, Jeff finds no fairy tale or fable or puppet will guide him through this crisis, which advances faster than his means to cope. The result: A kind man in a cruel world faces a slow leak of sanity as hilarious as it is heartbreaking.

Greer has appeared in over 120 roles across film and television. She can next be seen in a number of feature films including reprising her role as Maggie Lang in Ant-Man and The Wasp, Measure of a Man, The 15:17 to Paris, and in Richard Linklater’s film adaptation of the popular novel Where’d You Go, Bernadette. Greer’s previous film credits include Ant-Man, Jurassic World, Wilson and Our Souls at Night. Greer’s performance in The Descendants earned her critical acclaim for her supporting role in the film, garnering solo nominations from both the Satellite Awards and the Denver Film Critics Society, and a nomination as part of the ensemble cast for a Gotham Award, a Screen Actors Guild(R) Award and a Critics Choice Award. She also starred in Paul Weitz’ film Grandma and the black comedy Addicted to Fresno, for which she won Best Actress at Outfest. On television, Greer starred in the third season of Casual, in the comedy series Married, and returned for season 8 of the animated series Archer, on which she voices the role of Cheryl. Greer’s first book, I Don’t Know What You Know Me From: Confessions of a Co-Star, was released in 2014 and includes humorous essays that chronicle Greer’s life.

What do you think? Are you a fan of Judy Greer? Will you watch Kidding?