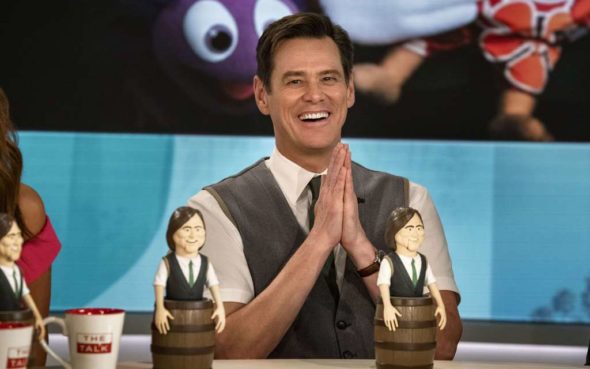 Showtime isn’t kidding around any longer. The cable channel cancelled the low-rated Kidding TV show so it won’t be back for a third season.

The second season of Kidding averaged a 0.02 rating in the 18-49 demographic and 89,000 viewers. Compared to season one, that’s down by 74% in the demo and down by 63% in viewership. The second season is one of the cable channel’s lowest-rated scripted series.

In a statement, Showtime notes, “After two seasons, Kidding has concluded its run on Showtime. We are very proud to have aired this imaginative, critically acclaimed and rewarding series, and we would like to thank Jim Carrey, Dave Holstein, Michael Aguilar, Michel Gondry and the entire cast and crew for their brilliant and tireless work.”

What do you think? Did you watch Kidding? Would you watch season three on Showtime?

SHOWTIME! WHYYYYYYY?!?!?!?! THIS WAS IN MY TOP 5 FAVORITE SERIES OF ALL TIME!
Jim Carrey’s performance was phenomenal. The whole cast was amazing! This is heartbreaking!
PLEASE BRING IT BACK

I loved this show. I’m sooo upset they cancelled it. I though it was so well played out some of these things are real life situations that many come across and many that witness look away. It make me look forward to a better tomorrow. Bring it back please

Showtime wth are you doing? Kidding was amazing. First Happyish now this one is gone. How much money do you need that you can’t stick with some offbeat, interesting, and unique talent? How about keeping some real art going… pfft. So disappointed. Swtiching to HBO streaming!!!

This was just a junkie show. Name shouldn’t be reason to have shows on, hated him in Sonic the hedgehog; nolonger funny or watchable.

Kidding was just getting geared up for an insurmountable number of potential, and thoroughly superb, change in storyline. That is to say, that I feel the options were there for conceptualizing, and I will say that the writers were highly capable, as shown in the precession of episodes. Personally, I must say “Are you KIDDING!!!!!!” This was a really good Dark Comedy, and satisfactory comedy of such particular nuance and structural haphazardness, is not just a rarity…it is non-existent. Very few series that have real “staying” power are going beyond the 2season chop block, while so much garbage runs on… Read more »

It was different and at times, very beautifully done but at the same time, it felt that it dragged on a little.

There was a definite Fred Rogers vibe to it.

Why is that everybody’s trying to copy Mr. Rogers. Sorry but just as Tom Hanks did it was a failure.

Yay no more pain of this terrible show! Good riddance is right!

It was different from what we usually see.. Sorry it was cancelled

I liked the first season, but didn’t like the second that much. No biggie to me that there isn’t a 3rd.