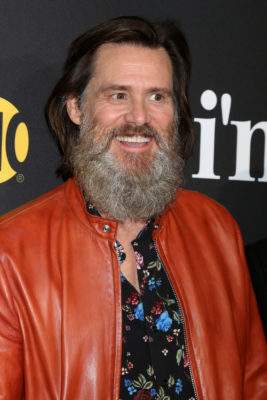 Jim Carrey is returning to television. Recently, Showtime announced the comedian will star in a new TV show called Kidding.

Created by Dave Holstein, the comedy stars Carrey as “Jeff, aka Mr. Pickles, an icon of children’s television, a beacon of kindness and wisdom to America’s impressionable young minds and the parents who grew up with him – who also anchors a multimillion dollar branding empire.”

Showtime has ordered 10 episodes of Kidding, which will be directed by Michel Gondry.

LOS ANGELES – September 14, 2017 – Today, SHOWTIME announced the pick-up of new half-hour comedy series KIDDING, starring Golden Globe(R) winner Jim Carrey (The Truman Show) in his first series regular role in more than two decades and reuniting him with Oscar winner Michel Gondry (Eternal Sunshine of the Spotless Mind), who will direct the project With a 10-episode first-season order for KIDDING, Carrey – one of the most beguiling, popular screen stars of his time – will executive produce with Gondry, Emmy(R) nominee Jason Bateman (Arrested Development), Jim Garavente (Bad Words), Raffi Adlan (The Green Hornet) and Michael Aguilar (I’M DYING UP HERE). KIDDING was created by Dave Holstein (WEEDS, Raising Hope), who wrote the pilot and will serve as showrunner. The announcement was made today by David Nevins, President and CEO, Showtime Networks Inc.

In KIDDING, Carrey plays Jeff, aka Mr. Pickles, an icon of children’s television, a beacon of kindness and wisdom to America’s impressionable young minds and the parents who grew up with him – who also anchors a multimillion dollar branding empire. But when this beloved personality’s family – wife, two sons, sister and father – begins to implode, Jeff finds no fairy tale or fable or puppet will guide him through this crisis, which advances faster than his means to cope. The result: a kind man in a cruel world faces a slow leak of sanity as hilarious as it is heartbreaking.

“No one inhabits a character like Jim Carrey, and this role – which is like watching Humpty Dumpty after the fall – is going to leave television audiences wondering how they went so long without him,” Nevins said. “With his Eternal Sunshine partner Michel Gondry on board to direct, we are on our way to a magnetic, volcanic and emotional viewing experience.”

Carrey has won two Golden Globes as a lead actor, in 1999 for The Truman Show (Motion Picture – Drama) and a year later for Man on the Moon (Motion Picture – Musical or Comedy). His other top screen credits include Eternal Sunshine of the Spotless Mind (under Gondry’s direction), Ace Ventura: Pet Detective, Bruce Almighty, The Mask, Me, Myself & Irene, Yes Man and Dumb and Dumber. An executive producer on the SHOWTIME series I’M DYING UP HERE, Carrey starred for several seasons on the series In Living Color.

Gondry won an Academy Award(R) for Best Original Screenplay for Eternal Sunshine of the Spotless Mind, in which he directed Carrey and Kate Winslet. Gondry’s other screen credits include Microbe & Gasoline, Mood Indigo, The We and the I, The Green Hornet, Be Kind Rewind, The Science of Sleep and Human Nature.”

What do you think? Are you a fan of Jim Carrey? Will you watch Kidding?