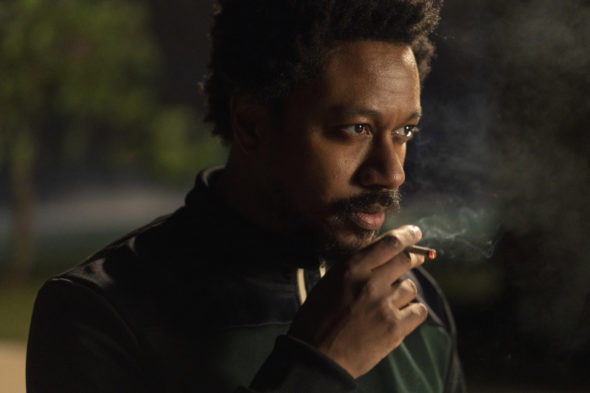 Has the dollar been spent? Is the One Dollar TV show cancelled or renewed for a second season on CBS All Access? The television vulture is watching all the latest TV cancellation and renewal news, so this page is the place to track the status of One Dollar, season two. Bookmark it, or subscribe for the latest updates. Remember, the television vulture is watching your shows. Are you?

Unless they decide to publicize viewership, it is hard to predict whether CBS All Access will cancel or renew One Dollar for season two. For now, I’ll keep an eye on the trades and update this page with breaking developments. Subscribe for free One Dollar cancellation or renewal alerts.

12/12/18 update: CBS All Access has cancelled their One Dollar TV show. Details here.

What do you think? Were you hoping that the One Dollar TV show would be renewed for a second season? Are you sorry that CBS All Access cancelled this TV series, instead?

It should be illegal to leave a show without solving the crime. Or at least tell us what the author had in mind for the ending. Frustrated need to know the outcome of the story.

Everyone did Goot got away and they didn’t seem to find out about Drimmer’s involvement, but besides that everything pretty much got tied up.