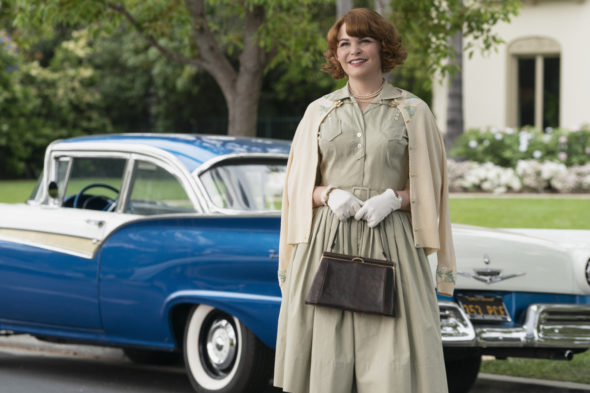 Will Beth Ann, Simone, and Taylor survive? Has the Why Women Kill TV show been cancelled or renewed for a second season on CBS All Access? The television vulture is watching all the latest TV cancellation and renewal news, so this page is the place to track the status of Why Women Kill, season two. Bookmark it, or subscribe for the latest updates. Remember, the television vulture is watching your shows. Are you?

Unless they decide to publicize viewership, it is hard to predict whether CBS All Access will cancel or renew Why Women Kill for season two. Since Marc Cherry is the creator, and it has Liu and Goodwin, flying blind, I’m inclined to think it will get a renewal. CBS is taking its time building up the slate for its subscription streaming service, and new titles with known talent will help attract viewers outside of Star Trek devotees. Since that’s just speculation, I’ll keep an eye on the trades and update this page with breaking developments. Subscribe for free Why Women Kill cancellation or renewal alerts.

10/16/19 update: CBS All Access has renewed Why Women Kill for a second season.

What do you think? Are you glad that the Why Women Kill TV show has been renewed for a second season? How would you feel if CBS All Access had cancelled this TV series, instead?

Please bring it back, its really a need

I just binge the entire first season. I am in my 70’s so I appreciated every detail of all the timeline changes, clothing, gossiping (that doesn’t much matter today) . I loved all the actresses and their roles in different times, their characters and challenges of past and present. I felt sad, happy and all crazy emotions of the women! Awesome