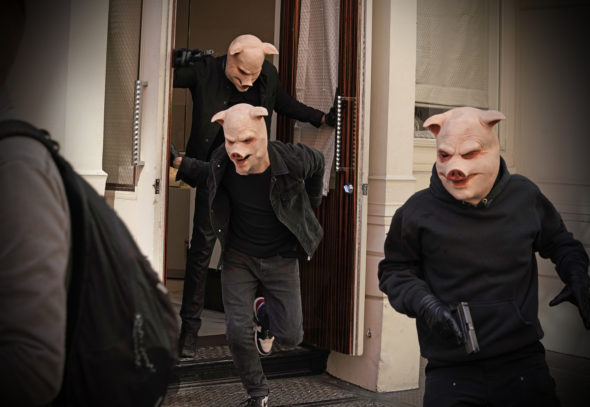 Will their be another chapter of Kevin Williamson’s gritty fairy tale?  Has the Tell Me a Story TV show been cancelled or renewed for a second season on CBS All Access? The television vulture is watching all the latest TV cancellation and renewal news, so this page is the place to track the status of Tell Me a Story, season two. Bookmark it, or subscribe for the latest updates. Remember, the television vulture is watching your shows. Are you?

Unless they decide to publicize viewership, it is hard to predict whether CBS All Access will cancel or renew Tell Me a Story for season two. Flying blind, I think it will get a second season. CBS All Access is still trying to build up its programming slate, and creator Kevin Williamson and Vampire Diaries vet Paul Wesley have a pretty big following. Since that’s just speculation, I’ll keep an eye on the trades and update this page with breaking developments. Subscribe for free Tell Me a Story cancellation or renewal alerts.

12/17/18 update: CBS All Access has renewed Tell Me a Story for a second season. Details here.

What do you think? Were you hoping that the Tell Me a Story TV show would be renewed for a second season? How would you feel if CBS All Access had cancelled this TV series, instead?