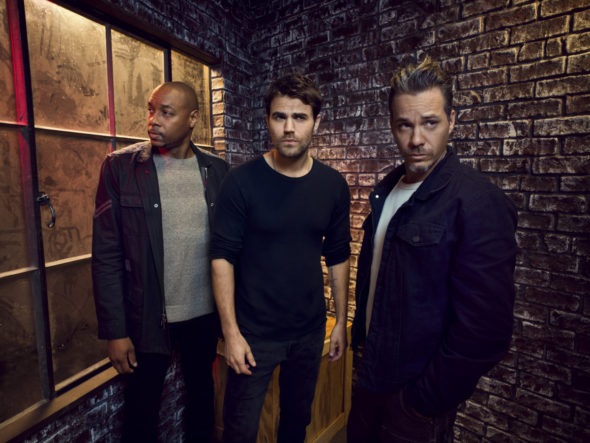 TV show description:
From Kevin Williamson, the Tell Me a Story TV show is based on the Mexican series, Érase una vez. The psychological thriller reimagines classic fairy tales and sets them in the modern world.

The first season weaves The Three Little Pigs together with Little Red Riding Hood and Hansel and Gretel, but is darker in tone and subject matter than ABC‘s action-packed fantasy adventure Once Upon a Time.

In Tell Me a Story season one, present-day New York City stands in for the dark forests of story books. The drama draws upon fairy tale themes of love, loss, fear, danger, and evil, but explores them in updated ways.

What do you think? Do you like the Tell Me a Story TV series? Should this CBS All Access TV show have been cancelled or renewed for a third season?

I loved season 2 (the app took me to this season before I knew about season one) but couldn’t get enough of season 1!!! Please bring on season 3

I love the show,just got done watching the whole series and I love all the characters but my favorite is Paul Wesley from the vampire Diaries! I want season 2 and 3 and so on lol keep it. I’m already booked