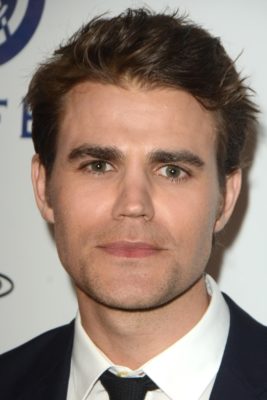 Paul Wesley is headed to CBS All Access. Deadline reports the Vampire Diaries has joined the streaming service’s upcoming TV show, Tell Me a Story.

From Kevin Williamson, the psychological thriller “takes the world’s most beloved fairy tales and reimagines them as a dark and twisted psychological thriller.” Season one of the anthology drama will feature new takes on “The Three Little Pigs,” “Little Red Riding Hood,” and “Hansel and Gretel.”

On Tell Me a Story, Wesley will be playing “Eddie, a derelict and troubled individual whose petulance is fueled even more by his problems with drugs and alcohol.” He joins fellow co-stars Danielle Campbell, Kim Catrall, and Billy Magnussen.

CBS All Access has not yet announced a premiere date for Tell Me a Story.

What do you think? Are you a fan of Paul Wesley? Will you watch Tell Me a Story?

Sounds interesting, but not paying CBS to watch their shows.

I was watching The Faculty (which is an okay movie) which Kevin Williamson worked on. You’ve got two actors and one producer accused of sexual harassment or even assault. It’s kind of depressing. Maybe this is a witch hunt of sorts, but even if one of those accused is guilty, it’s sad. I remember seeing Scream all those years ago. It totally revitalized the horror genre. Can I even enjoy it, now?