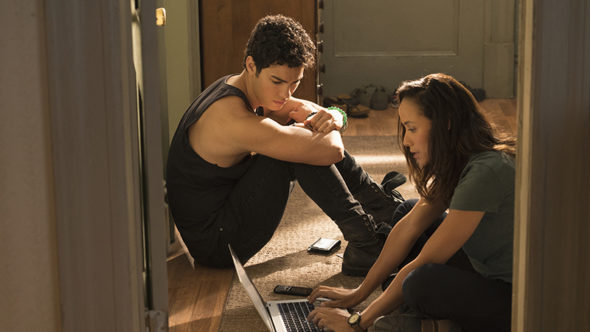 CBS All Access is ready for more stories. Today, the streaming service announced they’ve renewed Tell Me a Story for a second season.

Dec. 17, 2018 – CBS All Access today announced the second-season renewal of its original series TELL ME A STORY. Created by Kevin Williamson, TELL ME A STORY takes the world’s most beloved fairy tales and reimagines them as a dark and twisted psychological thriller. Season two will explore a whole new set of fairy tales and characters.

“The first season of TELL ME A STORY turned conventional fairy tales on their heads, interweaving and modernizing three classic stories into a compelling thriller for today’s audiences, in a way only Kevin Williamson can,” said Julie McNamara, Executive Vice President, Original Content, CBS All Access. “We can’t wait to surprise and entertain viewers with a whole new set of tales next season.”

From Aaron Kaplan’s Kapital Entertainment, TELL ME A STORY is written and executive produced by Kevin Williamson alongside Aaron Kaplan and Dana Honor.”

Omg this show is absolutely amazing! This needs to be renewed for season 3 and more seasons. I was a little late watching this but I’m glad I did because whoever wrote this show did an outstanding job. I will be letting others know about this TV series. Please do more seasons.

I absolutely love this show….so glad it’s coming back

. I loved the series. looking forward to a second season the first season gave you so much to think about

It’s pretty good overall… I will most likely watch season 2, but some of the drug scenes were too much so maybe not.

It’s violent like a real world so i think fact that season 1 is violent too is very good. this makes you to can’t calm for a moment – that’s the best

Really enjoyed how all of the stories overlapped into the other stories. In some instances I did not think the writers would go any darker or gruesome and yet they did. I hope that you keep the same cast with another set of fairytales. To use another cast would throw me out of the world created. Great show from the first frame to all of the hidden clues and back story.

I really liked it. I felt the same way about it getting darker and how the stories were connected on some level. I will definitely watch season 2.