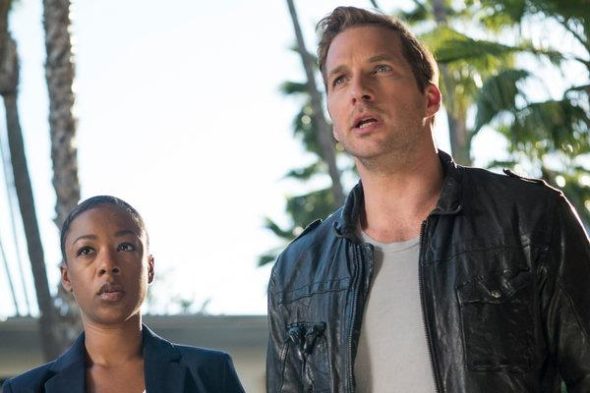 Ryan Hansen is back in action! YouTube just released a new trailer for season two of Ryan Hansen Solves Crimes on Television.

From Rawson Marshall Thurber, the half-hour comedy “is about an LAPD task force that partners actors with homicide detectives so they can use their “actor skills” to help solve murders.” Guest stars include Samira Wiley, Joel McHale, Jon Cryer, and Kristen Bell.

WHAT:
RYAN HANSEN SOLVES CRIMES ON TELEVISION*,  a meta comedy skewering Hollywood and police procedurals, returns for Season 2 on January 30, 2019 on YouTube Premium.  The show stars Hansen, as a ridiculous version of himself, who joins an LAPD task force partnering actors with homicide detectives so they can use their “actor skills” to help solve murders. In Season 2, Ryan’s back, but after Detective Mathers, Ryan’s partner from the first season (Samira Wiley), gets sidelined, rogue cop Vince Vincente (Avon Barksdale Wood Harris) steps in as Ryan’s new partner. Together the two will have to buddy up to solve an array of puzzling crimes.

All eight episodes will be available to stream on YouTube Premium on January 30, 2019.

What do you think? Have you seen Ryan Hansen Solves Crimes on Television? Will you watch season two?