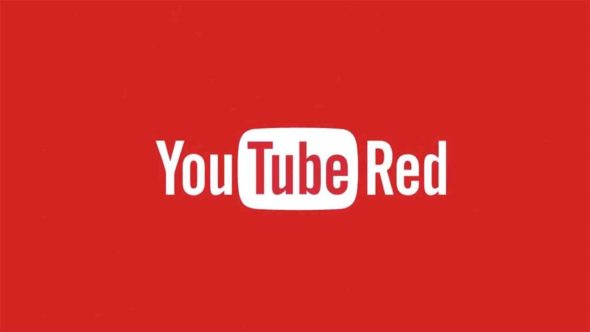 YouTube Red is getting lost in space. This week, the streaming service announced a new TV show, Origins, will debut in 2018.

From Mika Watkins, the sci-fi thriller follows a “group of strangers [who] find themselves stranded on a spacecraft bound for a distant planet.” Left Bank Pictures and Midnight Radio are producing, in association with China International Television Corporation (CiTVC) and Sony Pictures Television, International Production.

Origin is slated to premiere on YouTube Red in 2018.

LOS ANGELES — October 25, 2017 — A group of strangers find themselves stranded on a spacecraft bound for a distant planet in ORIGIN, a chilling new sci-fi thriller from Left Bank Pictures and Midnight Radio, in association with China International Television Corporation (CiTVC) and Sony Pictures Television, International Production. In this 10-episode series, coming to YouTube Red in 2018, the abandoned passengers must work together for survival, but quickly realize that one of them is far from who they claim to be.

“We are excited to be in business with the legendary producers at Left Bank Pictures and Midnight Radio, and talented new writer, Mika Watkins. They are exceptional storytellers who have created groundbreaking programming, and we are already drawn into the mysterious and captivating world in ‘Origin.’ We look forward to bringing this series to life with our partners at Left Bank Pictures,” said Susanne Daniels, Global Head of Original Content, YouTube. “Sci-fi and action adventure are huge on YouTube, and our audience will be intrigued by the unexpected plot twists and turns in this bold, studio-quality thriller.”

“Mika is an exceptional new voice and we are excited to bring her first major project to the screen with our friends at YouTube Red,” said Andy Harries, Chief Executive Officer, Left Bank Pictures.

“This is a tremendously exciting project, a truly global project that brings together partners from the US, UK and China to create a unique and thrilling space drama,” said Wayne Garvie, President, International Production, Sony Pictures Television.

“We’re looking forward to an in-depth and pleasant partnership with Sony Pictures Television and Left Bank on the ORIGIN project. We are sure it’ll be well-received on YouTube Red,” said Mr. Xue Jijun, President of China International Television Corporation.

Jeff Pinkner, executive producer said: “We are thrilled to be working with Mika and the brilliant people at Left Bank on this project which we hope will marry the best of British and American sensibilities and storytelling. And maybe as a bonus we will finally learn the difference between a crisp and a chip!”

I hope This series goes for a 2nd season

First season was awesome, I would really like to see a 2nd season

Liked it better when it was called Dark Matter

I could not of said it better.