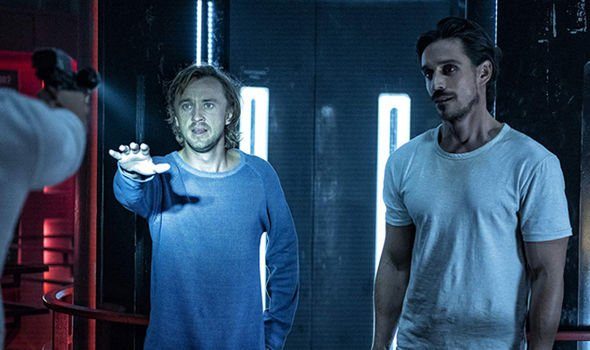 What’s going on with YouTube? According to Variety, the streaming service has cancelled the TV shows Origin and Overthinking with Kat & June.

A sci-fi drama, Origin centers on a group of strangers who are left stranded on a spacecraft. The cast includes Natalie Tena, Tom Felton, Sen Mitsuji, and Nora Arnezeder. Meanwhile, Overthinking with Kat & June is a half-hour female buddy comedy starring Tenea Intriago and Alexia Dox.

Both Origin and Overthinking with Kat & June debuted in 2018 and now YouTube has confirmed the two series will not be returning for a second season. The cancellations sparked rumors that the streaming service is cancelling all current and future scripted original series, but YouTube denies the reports.

What do you think? Have you seen Origin and/or Overthinking with Kat & June? Are you sad they’ve not coming back?

Origin was absolutely brilliant. What a disappoint that they canceled it. I will also cancel my subscription.

My problem with Youtube premium is it doesn’t give you access to all the movies they have available for rent. So with that in mind I don’t think they are making a lot of money off premium. There are only 2 good shows Impulse and Origin no reason to stay subbed after finishing them. If they let people who pay a sub watch all their movies then they could afford to make another season of any show.

I did enjoy the first season just finished it

Just found out that YouTube canceled Origin. I think it was an awesome show. Well YouTube now I’m canceling you.

Just finished watching season 1,for me the best series on youtube premium.
Cant get out of head what happens when they land.
What a disappointment there will be no seasson 2.

I am so sad Origin is not coming back. This show left me wanting to know more. Why did it get cancelled?

I am so disappointed Origin is not coming back. I really enjoyed the show and the characters. I was looking forward to the next season.

Origin is a great show with a high production value. I don’t think it should have been canceled so quickly. It deserved a second season.

Origin was awesome. You tube are really messing up cancelling this series. They really should bring this one back. If a series has a lot of likes and views as well as having great ratings, they should continue.

Origin is an AMAZING show! Such a shame they cancelled it! We should start a petittion for a 2nd season ! At least like this they could end it well. Please let’s work together and make the 2nd season be heard!
ORIGIN DESERVES TO HAVE A SECOND SEASON !!!! MORE THEN EVEN SOME NETFLIX SHOWS.

Agreed! Too bad petitions don’t do anything.

That’s absolutely not true. Look what happened with Lucifer.

Also with Sense8 in Netflix.