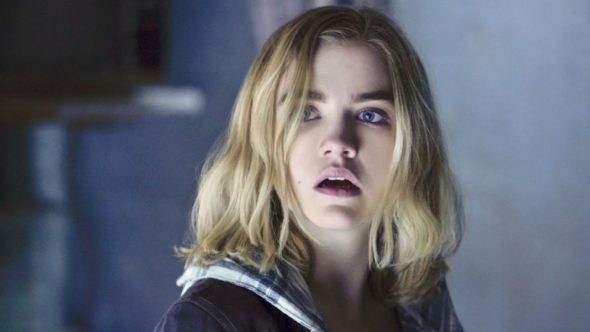 Say good-bye to Impulse. YouTube has canceled the drama. This means that there will not be a third season. Per Variety, the series followed “Henry, played by Maddie Hasson, a rebellious 16-year-old girl who has always felt different from her peers and has longed to escape from her seemingly quaint small town. Henry soon discovers she has the extraordinary ability to teleport.”

Lauren LeFranc revealed Impulse was canceled on her Twitter account. She shared two posts on her account, and one of them included a message from the star of Impulse as well.

Check out those posts about the YouTube series below.

Classiest dame in the biz. More seriously, Maddie Hasson is not only unbelievably talented, she’s an amazing person. The kind of number one on a show we all want. It’s been such a pleasure watching her work, and I’m even happier to call her a friend. #impulseseries pic.twitter.com/UjXwgFdSht

What do you think? Were you a fan of Impulse? Did you want a third season?

How does one slap some sense into Netflix to buy this show? I might just have to word some emails or summat

This show was excellent!! I will never understand why a show with so many fans (including me) be canceled. Please sell the rights to Impulse to another streaming service. I will spend my money with them!!

I literally cancelled my youtube paid account because this series ended. It’s so dumb to end a series like this that has so much more to go. It’s infuriating to say the least. Just let someone else but the rights and host it to a different platform ‍♂️

This breaks my heart, this was such an original show with twists and turns. I am really bummed about this.

Google is responsible for youtube blame the owner of Google.

Well, that’s great. Another awesome super powers series given the boot,…for what reason again?!! This is one of the best series I’ve ever seen; acting was superb, the emotional connection they made you feel with the characters is unbelievable…and startling at times, the dialogue was excellent, it dealt with real issues, issues no one wants to talk about but HAVE to be talked about! Shakes head in disgust….whoever made the call to cancel Impulse obviously never watched it. I can only pray that someone else, (hint…Netflux, Hulu, Amazon, talking to you guys) will pick this series up and continue what… Read more »

No point in having a YouTube paid account if impulse is not coming back. Goodbye YouTube. Very sad to get rid of such a good show. Hopefully somebody else picks up this show.

I truly wish Netflix or one of the main networks, maybe CW would pick this up and continue it because it was OUTSTANDING. I had planned to get a YouTube Red subscription when Season 3 came out, but I guess I can save my money because you can’t count on them to continue. They have canceled all their scripted series.

Well now that I know IMPULSE is canceled I can cancel my TV YouTube, save $70 a month, end being forced to watch ads constantly while thinking something different was being offered by yet another subscription. I cut the cord for a reason!