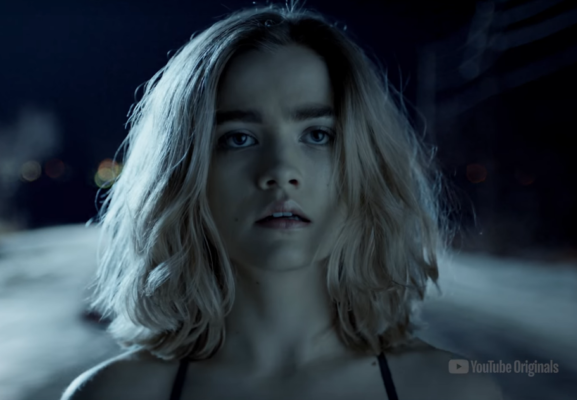 “Something happened; something really strange.” YouTube has just released a first look at their new TV show from Doug Liman, Impulse.

The hour-long thriller stars Maddie Hasson as Henry Coles, a 16-year-old loner who “remains withdrawn and isolated, but everything changes when a traumatic encounter with a classmate triggers something deep within Henry— unleashing a power she cannot control.” The cast also includes Missi Pyle, Sarah Desjardins, Enuka Okuma, Craig Arnold and David James Elliott.

Impulse is expected to premiere on YouTube this summer.

What do you think? Are you a fan of Doug Liman’s work? Will you watch Impulse?

This show had me at the edge of my seat for about the whole season, and that doesn’t happen alot anymore!! I just have to say that this show is extraordenairy, and can’t wait a second season. Please keep doing what your doing and PLEASE make a second season.

I just finished watching the last episode of season 1. It was excellent. I would totally watch another season. It’s flawless.

I’m really looking forward to more seasons. I love the plot, concept of the TV series and would love to see more!

I am in awe! I watched the whole season nonstop in less than 3 days. I couldn’t get enough. It was amazingly put to together and a nailbitter at every turn. I’m sad that it’s over. Please tell me it will be renewed for a second season and soon! Don’t know how long I can wait. I haven’t this intrigued by a series in a long time. It’s a must watch and I need more!!!

I know likewise with myself and I have watched it again. Now I’ve been looking up when Season Two is coming.

Dear readers and fellow serie lovers, I must admit that I was careful about getting my hopes up at first, But I must say they did one hell of a job on this one, I really like the fact that it’s about more then just some girl with powers… there’s a certain depth in the series that really draws you in and keeps your focus to a point that you don’t realize that your already 5 episodes in. Now am I usually not one to post my opinions about shows because people always respond with nonsense but this show is… Read more »