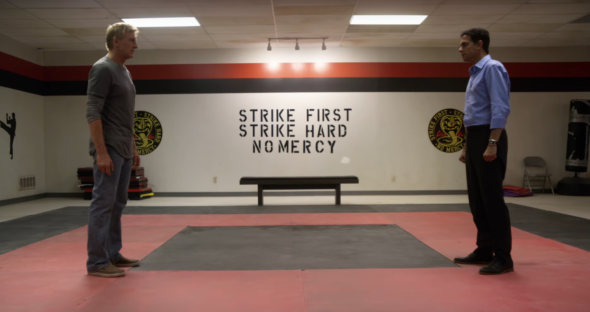 A sequel to the 1984 Karate Kid movie, the half-hour series “is set 30 years after the events of the 1984 All Valley Karate Tournament when a down-and-out Johnny Lawrence (William Zabka) seeks redemption by reopening the infamous Cobra Kai karate dojo.” Ralph Macchio also stars.

YouTube has ordered 10 episodes of Cobra Kai, which is set to debut later this year.

What do you think? Are you a fan of The Karate Kid? Will you watch Cobra Kai?