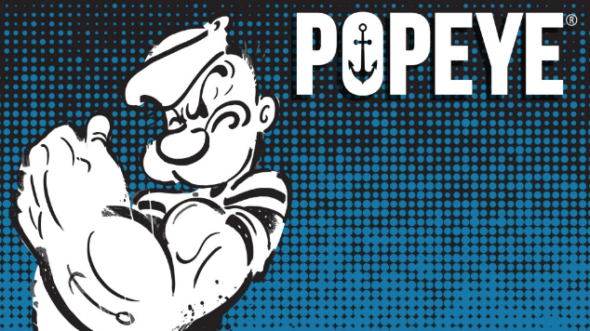 Popeye is coming back. Variety reports a new TV show based on the character is coming to YouTube.

The animated series comes from WildBrain and will draw stories from “shows including ‘Popeye,’ ‘Popeye and Son,’ and ‘The Continuing Adventures of Popeye.'” This will be the first Popeye series in nearly 15 years. In 2004, a TV special titled Popeye’s Voyage: The Quest for Pappy, aired on FOX.

YouTube has not yet released a premiere date for their new Popeye series.

What do you think? Are you a fan of the Popeye franchise? Will you watch the new YouTube series?

And the revivals continues ….good grief will they remark anything