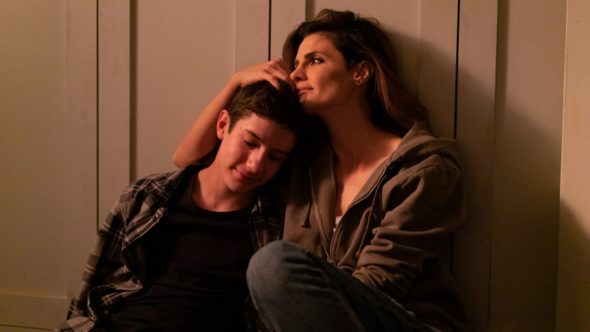 Can Emily Byrne come to grips with her life during the second season of the Absentia TV show on Amazon? As we all know, the Nielsen ratings typically play a big role in determining whether TV shows are cancelled or renewed. Amazon and other streaming platforms, however, collect their own data. If you’ve been watching this TV series, we’d love to know how you feel about the season two episodes of Absentia. We invite you to rate them for us here. *Status update below.

What do you think? Which season two episodes of the Absentia TV series do you rate as wonderful, terrible, or somewhere between? Should Amazon cancel or renew Absentia for a third season? Don’t forget to vote, and share your thoughts, below.

Yes. Need more seasons of this great show. I want to watch this kickass woman live her life.

Glad it was renewed. Just stumbled across this show and love it. Agree need more answers.

YES!! There MUST be a season 3!! I need to know the whole picture! I’m thinking the new director that shot Alice??!!

It was a great show. We need to find out who’s was behind everything. Was the new FBI station head in on it and that’s why she shot Alex? We need to know what’s going to happen to Jack, Nick and Flynn now that Alex is dead. Who really called Nick so he could rescue Emily? So many unanswered questions.

Yes I agree there are a lot of questions that needs answers. That’s why we need Season3 and more. I noticed that the show runner is new and different directors and writers too. There is a great improvement on S2 as far as acting, screenplay writing, story telling and with the new actors too. Great Job with the new production crew. Thank you AMAZON for giving us more seasons of ABSENTIA.

It has to have a season three..it was so very Good.. want to see more

Yes, it is really good.