“Somebody is still out there.” Amazon just released a new trailer and poster for season two of Absentia.

Season two of Absentia debuts on Amazon on June 14th. 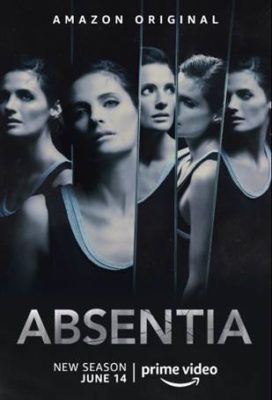 What do you think? Have you seen Absentia? Will you watch season two?

Loved season one but so far season two has been a mess.