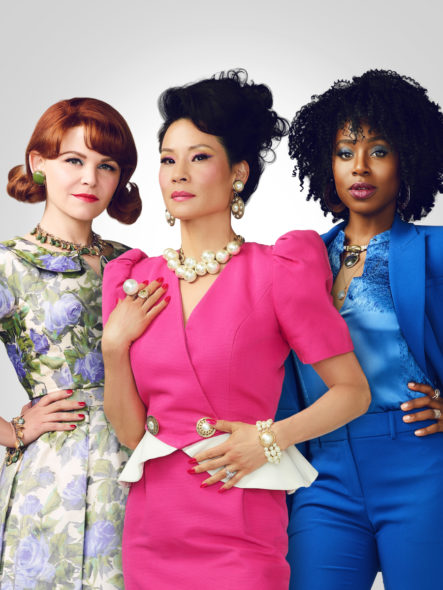 The first season follows three women, each from a different decade, who live different lives on the surface, but have one significant thing in common — betrayal.

Beth Ann Stanton (Goodwin) seems to be an exemplary housewife by 1963 standards. Her sunny facade is the perfect disguise for her pain. Since Beth’s husband, Robert (Jaeger), is her life, she has built an impressive wall of denial to block out the signs that he is having an affair. Learning the truth changes everything for her.

Sharp and fashionable, Simone Grove (Liu) is every inch the sophisticated 1980s socialite. Hellbent on appearing picture-perfect, when she discovers husband Karl (Davenport) is unfaithful, it turns Simone’s world upside.

In 2018, bisexual Taylor Harding (Howell-Baptiste) is a bright lawyer, who can at turns be either fierce or sensitive. Her husband, Eli Cohen (Scott) is content to let her take the lead. Taylor and Eli have an open marriage, and it has worked for them so far...

As each women deals with marital infidelity, Why Women Kill delves into the way everyday life for women has changed a lot in some ways and not at all in others.

The second season’s story takes place in 1949 and explores what it means to be beautiful, the hidden truth behind the facades people present to the world, the effects of being ignored and overlooked by society, and finally, the lengths one woman will go in order to finally belong.


What do you think? Do you like the Why Women Kill TV series? Should this Paramount+ TV show have been cancelled or renewed for a third season?

This show is LITERALLY the best show ever – please bring it back for season two!!!