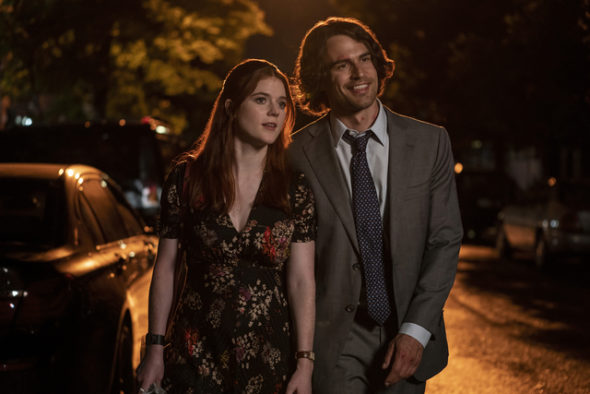 TV show description:
A sci-fi romantic-drama series, The Time Traveler’s Wife is based on the novel by Audrey Niffenegger and was adapted by Steven Moffat.

The story follows the out-of-order love story between Clare Abshire (Leslie), and Henry DeTamble (James). They have a marriage with a significant problem — time travel.

At six years old, Clare meets Henry, the future love of her life. Unbeknownst to her, he’s a time traveler who is actually visiting from the future. Some 14 years later, a beautiful redhead wanders into the library where Henry works. She claims to have known him all her life and to also be his future wife. From there, a magical romance ensues that is as sprawling and complicated as Henry’s attempts to explain his “condition.”

The story weaves themes of love, loss, marriage, and survival — in a story that defies the laws and logic of time.

What do you think? Do you like The Time Traveler’s Wife TV show? Would you like to see the story continue for a second season?

A great series! The Time Traveler’s Wife is a must watch! 9/10 stars