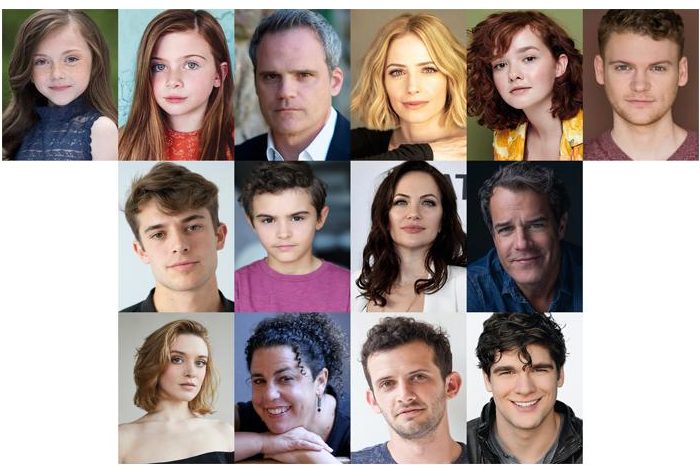 The Time Traveler’s Wife has added 14 to its cast. The upcoming HBO series is based on the novel by Audrey Niffenegger and follows the love story of time traveler Henry (Theo James) and his wife Clare (Rose Leslie). Desmin Borges and Natasha Lopez also star in the series.

Deadline revealed the following about the cast additions to the HBO series:

“Shorey and McDonell as “Young Clare Abshire” – Growing up in a wealthy family, Clare’s world revolves around the mysterious time traveler Henry from a young age. Intelligent and charismatic, she is wise beyond her years.

Park as “Philip Abshire” – Clare’s father. A high-powered Chicago lawyer, he is brisk and orderly, and expects all his children to fall into line.

Newman as “Lucille Abshire” – Clare’s mother. She is sweet but always slightly vague and emotionally aloof. Through most of Clare’s childhood, she has not been an ideal nurturer for Clare or her siblings. Her controlling husband runs the family and she follows along with little fuss.

Richardson as “Alicia Abshire” – Clare’s little sister, who is trying to find her place in the world. She loves her role as younger sibling sister and enjoys pestering and teasing Clare any chance she gets.

Graham as “Mark Abshire” – Clare’s blunt speaking older brother, with whom she has never had a strong relationship. He’s in law school to follow in his father’s footsteps and takes after him in many ways.

Altemus and David as “Young Henry DeTamble” – Growing up with a problem – time travel – presents unique challenges for Young Henry. First discovering his ability at age eight, he is mentored by an older time traveler whose true identity will one day come as a surprise to him.

Siegel as “Annette DeTamble” – A talented and world-renowned opera singer, she’s a devoted mother to Henry. She is the heart and soul of the family. Braving torrid winter weather to pick up her husband for Christmas, Annette gets into a freak auto accident, changing young Henry’s life forever.

Stamberg as “Richard DeTamble” – Henry’s father. Played the violin in the Chicago Philharmonic, where he met the love of his life, Annette. When she dies suddenly in a tragic car accident, Richard and Henry are never the same again.

A premiere date has not yet been set for the series.

What do you think? Are you planning to check out The Time Traveler’s Wife on HBO?

Will be watching for it to premier. Great book.