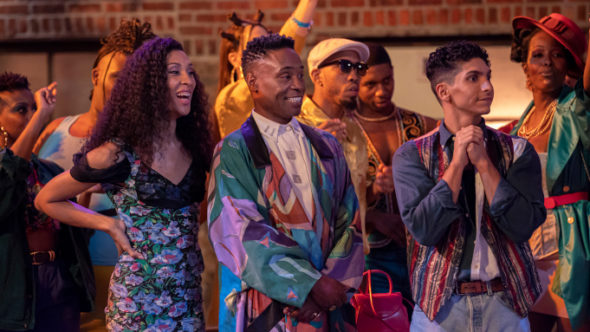 How will the story end in the third season of the Pose TV show on FX? As we all know, the Nielsen ratings typically play a big role in determining whether a TV show like Pose is cancelled or renewed for season four (in this case, season three is the end). Unfortunately, most of us do not live in Nielsen households. Because many viewers feel frustrated when their viewing habits and opinions aren’t considered, we invite you to rate all of the third season episodes of Pose here.

An FX musical dance drama, Pose stars Mj Rodriguez, Dominique Jackson, Indya Moore, Hailie Sahar, Billy Porter, Dyllón Burnside, Angel Bismark Curiel, Sandra Bernhard, and Jason A. Rodriguez. The story spotlights the legendary and ferocious house mothers of New York’s underground ball culture, a movement that first gained notice in the late 1980s. The third season picks up in 1994. Ballroom feels like a distant memory for Blanca (Rodriguez) who struggles to balance being a mother with being a present partner to her new love, and her latest role as a nurse’s aide. Meanwhile, as AIDS becomes the leading cause of death for Americans ages 25 to 44, Pray Tell (Porter) contends with unexpected health burdens. Elsewhere, the emergence of a vicious new upstart house forces the House of Evangelista members to contend with their legacy.

What do you think? Which season three episodes of the Pose TV series do you rate as wonderful, terrible, or somewhere between? Do you think that Pose should have been renewed for a fourth season on FX? Don’t forget to vote, and share your thoughts, below.