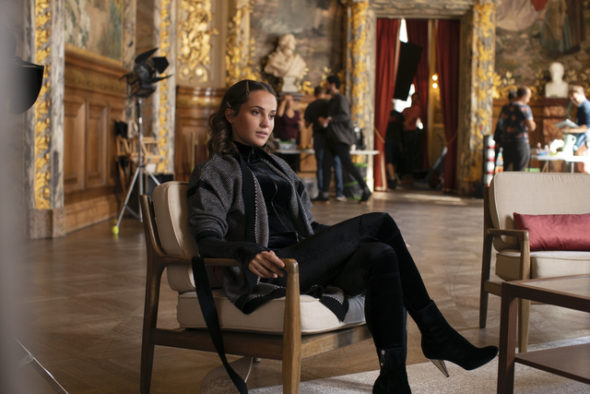 TV show description:
A thriller drama series, the Irma Vep TV show is written and directed by Olivier Assayas, the author of the 1996 movie.

The story follows Mira (Vikander), an American movie star who’s disillusioned by her career and a recent breakup. She comes to France to star as “Irma Vep” in a remake of the French silent film classic, Les Vampires.

Set against the backdrop of a lurid crime thriller, Mira struggles as the distinctions between herself and the character she plays begin to blur and merge. The story reveals the uncertain ground that lies at the border of fiction and reality, artifice and authenticity, art and life.

Series Finale:
Episode #8 — The Terrible Wedding
This episode has not aired yet.
First aired: July 25, 2022.

What do you think? Do you like the Irma Vep TV show? Do you think eight episodes is a good length for this series?