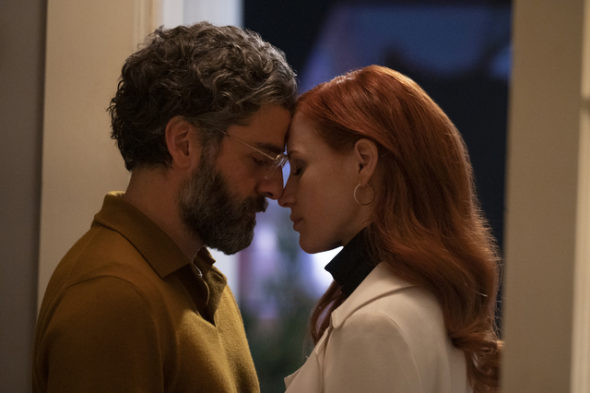 TV show description:
A drama series written and directed by Hagai Levi, the Scenes from a Marriage TV show is based on the 1973 mini-series by Ingmar Bergman.

A re-examination of the dilemmas probed by the original, the new series explores love, hatred, desire, monogamy, marriage, and divorce through the lens of a contemporary American couple.

Mira (Chastain) is a confident, ambitious tech executive left unfulfilled by her marriage while Jonathan (Isaac) is a cerebral and accommodating philosophy professor who is desperate to keep their relationship intact.

The story mines the full complexity of Jonathan and Mira as individuals who ultimately know their marriage isn’t being torn apart by any one event or flaw, resulting in a series that allows the audience to eavesdrop on private conversations between two people as they are torn between feelings of hate and love.

Series Finale:
Episode #5 — In the Middle of the Night, in a Dark House, Somewhere in the World
Mira and Jonathan reassess their love story.
First aired: October 10, 2021.

What do you think? Do you like the Scenes from a Marriage TV show? Do you think it should be renewed for another season, possibly with a new cast and story?