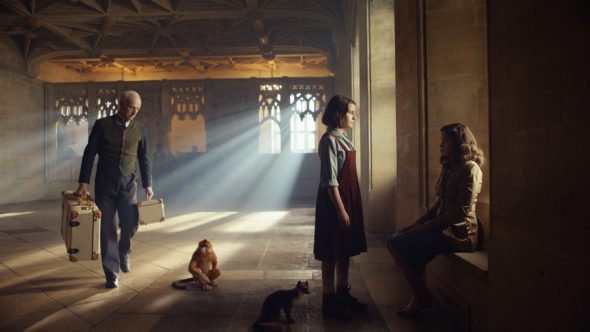 Tranter spoke about the upcoming season of the HBO series in an interview with Deadline, and there are big things ahead. When asked what she was most looking forward to in season three, he said the following:

“I’m so looking forward to shooting the Lyra and Will story. I really love it in television series where an audience grows up with its young leads. We’ve been filming this now across a four-year period. Those artists, Dafne Keen has changed and and Lyra changes in Phillip Pullman’s novel. So I’m really looking forward to telling that story about the growth of that relationship.

I’m really looking forward to having proper time with Asriel and understanding what his mission is and what makes him tick and see the lengths that Asriel is prepared to go to, to see his will enforced.

Mrs. Coulter I think is one of the most enigmatic, deliberately so, female protagonists in literature and certainly on the television screen. And we begin to understand her more not because Mrs. Coulter finally understands what she’s been looking for all this time and I’m really looking forward to telling that story.

More witches. There are new beings, which I am not going to do a spoiler on but there are many more worlds and we are meeting many new people in season three. I always say that my favorite novel in the trilogy is the one I’m currently working on. I’m currently working on The Amber Spyglass. It is my favorite novel in the trilogy. I think the audience have got a real treat in store.”

Viewers will also likely see the filmed portions of the eighth episode of season two, which were filmed prior to the pandemic shutdown.

A release date for season three of His Dark Materials has not yet been set.

What do you think? Are you excited to see what happens next on His Dark Materials on HBO?