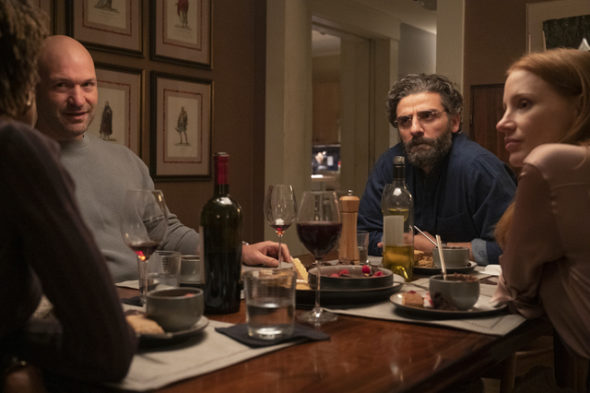 How will this HBO version of the Scenes from a Marriage TV show differ from the Swedish original? As we all know, the Nielsen ratings typically play a big role in determining whether a TV show like Scenes from a Marriage is cancelled or renewed for season two (in this case, it appears to be a close-ended mini-series). Unfortunately, most of us do not live in Nielsen households. Because many viewers feel frustrated when their viewing habits and opinions aren’t considered, we invite you to rate all of the first season episodes of Scenes from a Marriage here.

An HBO drama series written and directed by Hagai Levi, the Scenes from a Marriage TV show is based on the 1973 mini-series by Ingmar Bergman. This version stars Oscar Isaac and Jessica Chastain with Sunita Mani, Nicole Beharie, Corey Stoll, and Tovah Feldshuh in supporting roles. A re-examination of the dilemmas probed by the original, the series explores love, hatred, desire, monogamy, marriage, and divorce through the lens of a contemporary American couple. Mira (Chastain) is a confident, ambitious tech executive left unfulfilled by her marriage while Jonathan (Isaac) is a cerebral and accommodating philosophy professor who is desperate to keep their relationship intact.