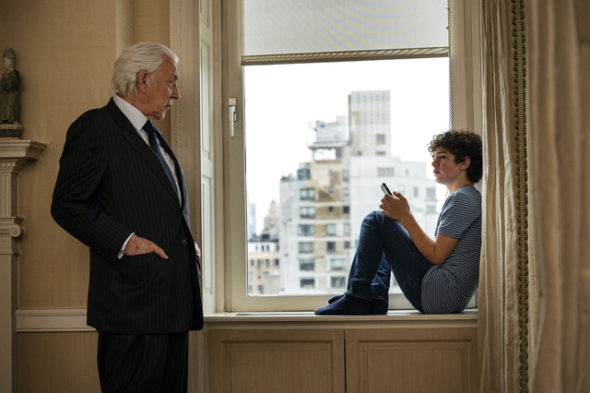 Will the story be wrapped up by the end of the first season of The Undoing TV show on HBO? As we all know, the Nielsen ratings typically play a big role in determining whether a TV show like The Undoing is cancelled or renewed for season two (this appears to be a close-ended mini-series). Unfortunately, most of us do not live in Nielsen households. Because many viewers feel frustration when their viewing habits and opinions aren’t considered, we invite you to rate all of the first season episodes of The Undoing here. *Status update below.

An HBO dramatic series, The Undoing TV show that stars Nicole Kidman, Hugh Grant, Edgar Ramirez, Noah Jupe, Lily Rabe, Sofie Gråbøl, Matilda De Angelis, Ismael Cruz Córdova, and Donald Sutherland. The story revolves around married couple Grace (Kidman) and Jonathan Fraser (Grant). Grace is a loving wife, devoted mother, and successful therapist whose life unravels when she makes discoveries about her husband’s past. Left behind in the wake of a spreading and very public disaster and horrified by the ways in which she has failed to heed her own advice, Grace must dismantle one life and create another for her 12-year-old-son Henry (Jupe) and her family.

What do you think? Which season one episodes of The Undoing TV series do you rate as wonderful, terrible, or somewhere between? Do you think that The Undoing should be renewed for a second season on HBO? Don’t forget to vote, and share your thoughts, below.

So good hooked on episode 3 love this miniseries worth watching every episode. Murder mystery crime who done it,