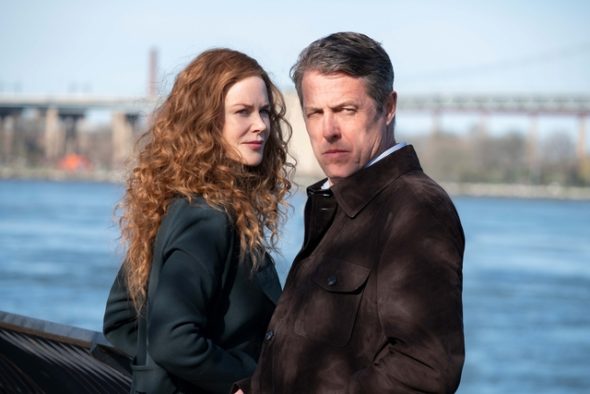 TV show description:
A limited dramatic series, The Undoing TV show revolves around married couple Grace (Kidman) and Jonathan Fraser (Grant). Grace is a loving wife, devoted mother, and successful therapist whose life unravels when she makes discoveries about her husband’s past.

Left behind in the wake of a spreading and very public disaster and horrified by the ways in which she has failed to heed her own advice, Grace must dismantle one life and create another for her 12-year-old-son Henry (Jupe) and her family.

Franklin Reinhardt (Sutherland) is Grace’s father, a retired financier and loving grandfather who is tasked with protecting his family when turbulent revelations come to light.

Series Finale:
Episode #6 — The Bloody Truth
Haley challenges her own ethics in her defense strategy; as the courtroom theater mounts, Grace takes measures to protect herself and her family.
First aired: November 29, 2020.

What do you think? Do you like the The Undoing TV show? Do you think it should have been renewed for a second season somehow?

I usually write snarky comments on this website to irk people. :-0 But, I will admit, this show, The Undoing, is one of the best shows I have seen in awhile.