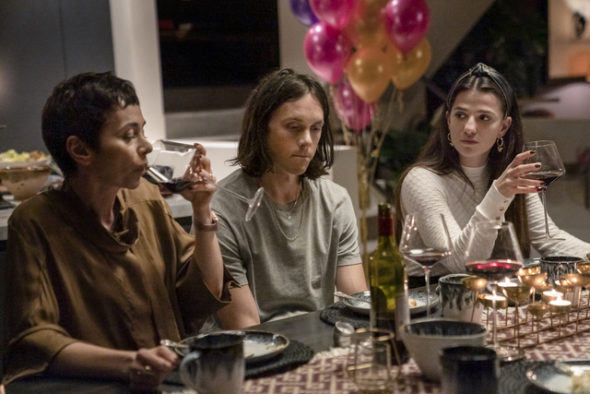 What won’t these grads do to get ahead in the first season of the Industry TV show on HBO and BBC Two? As we all know, the Nielsen ratings typically play a big role in determining whether a TV show like Industry is cancelled or renewed for season two. Unfortunately, most of us do not live in Nielsen households. Because many viewers feel frustrated when their viewing habits and opinions aren’t considered, we invite you to rate all of the first season episodes of Industry here. *Status Update Below.

An HBO and BBC Two drama series, the Industry TV show stars Myha’la Herrold, Marisa Abela, Harry Lawtey, David Jonsson, Nabhaan Rizwan, Freya Mavor, Will Tudor, Conor MacNeill, and Ken Leung. The story revolves around a group of young graduates who are competing for a limited number of permanent positions at a prestigious London investment bank. The five young graduates hoping to work at Pierpoint & Co. are hungry American outsider Harper Stern (Herrold), party-boy Robert Spearing (Lawtey), privileged Yasmin Kara-Hanani (Abela), Hari Dhar (NRizwan), and Augustus ‘Gus’ Sackey (Jonsson), a graduate of Eton and Oxford. As members of the group rise and fall, they must decide if life is as simple as the bottom line.

What do you think? Which season one episodes of the Industry TV series do you rate as wonderful, terrible, or somewhere between? Do you think that Industry should be cancelled or renewed for a second season on HBO and BBC Two? Don’t forget to vote, and share your thoughts, below.