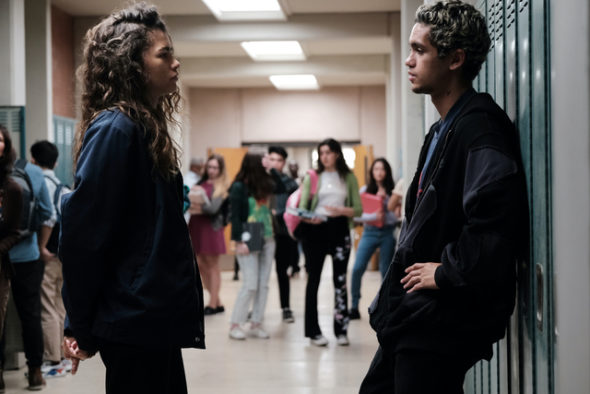 What’s ahead for these teens in the second season of the Euphoria TV show on HBO? As we all know, the Nielsen ratings typically play a big role in determining whether a TV show like Euphoria is cancelled or renewed for season three. Unfortunately, most of us do not live in Nielsen households. Because many viewers feel frustrated when their viewing habits and opinions aren’t considered, we invite you to rate all of the second season episodes of Euphoria here. *Status Update Below.

What do you think? Which season two episodes of the Euphoria TV series do you rate as wonderful, terrible, or somewhere between? Do you think that Euphoria should be cancelled or renewed for a third season on HBO? Don’t forget to vote, and share your thoughts, below.

*2/5/22 update: Euphoria has been renewed for a third season on HBO.

OMG!! Can’t believe Ash is gone!!!! Very powerful season finale – I think these young actors are excellent – thank you for another wonderful season. Waiting anxiously for season 3 to see what happens to these characters, how the decisions they made this season will affect their lives not only for the immediate future but for the rest of their lives.