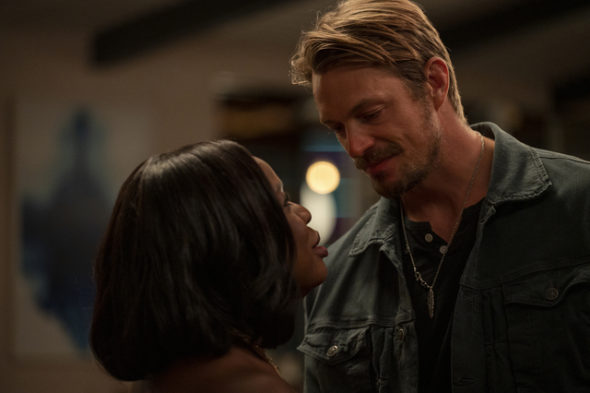 Can Dr. Taylor help these diverse patients in the fourth season of the In Treatment TV show on HBO? As we all know, the Nielsen ratings typically play a big role in determining whether a TV show like In Treatment is cancelled or renewed for season five. Unfortunately, most of us do not live in Nielsen households. Because many viewers feel frustrated when their viewing habits and opinions aren’t considered, we invite you to rate all of the fourth season episodes of In Treatment here. *Status Update Below.

A reimagining of the HBO 2008-10 drama series, the In Treatment TV show stars Uzo Aduba as Dr. Brooke Taylor, an observant and empathetic therapist. The season also stars Anthony Ramos, Liza Colón-Zayas, John Benjamin Hickey, Quintessa Swindell, and Joel Kinnaman. Set in present-day Los Angeles, the season brings a diverse trio of patients in session with Brooke to help navigate a variety of modern concerns. Issues such as the global pandemic and recent major social and cultural shifts are a backdrop to the work Brooke undertakes – all while she deals with complications in her own personal life.

What do you think? Which season four episodes of the In Treatment TV series do you rate as wonderful, terrible, or somewhere between? Do you think that In Treatment should be cancelled or renewed for a fifth season on HBO? Don’t forget to vote, and share your thoughts, below.

2/18/22 update: The revival of In Treatment has been cancelled on HBO.